While many companies were driven out of business by the pandemic in the last two years, three drugstore chains have been in a race to open new outlets.

Pharmacity, Long Chau and An Khang have been opening up to several stores a day since the pandemic began, and their competition is expected to further heat up in the upcoming months.

Pharmacity, the country’s largest drug retailer by number of stores, has added over 360 since 2020 and now has 959, more than the other two combined.

Long Chau belonging to FPT Retail, also the country’s second largest electronics retailer, has 517 stores of which over 300 were opened in just the last two years.

FPT Retail’s bigger rival, Mobile World, has 208 An Khang stores now. Both electronic retailers had entered the pharmaceutical retail market in late 2017, but Mobile World entered the race to open stores later than its competitor.

It only opened 48 in the first two years before adding another 140 in the next two.

Besides the “big three”, the market also saw many newcomers like Phano Pharmacy and 7 Pharmacy.

These chains are also competing for prime locations and an increased presence in residential areas.

At the end of last year a landlord in the central coastal province of Binh Dinh prematurely terminated his lease contract with Mobile World, and Long Chau immediately offered a 20 percent higher rent and took the place.

The chairwoman of FPT Retail, Nguyen Bach Diep, said the firm strategically chooses locations where its competitors are already present and have achieved positive sales.

She said 60 percent of people prefer to buy medicines in their neighborhood and so Long Chau is eyeing expansion into small localities.

It is expected to open 300 new stores this year, she added.

Pharmacity general director Chris Blank said the company envisages half of the country’s population having its stores within a 10-minute drive, and so plans to have 5,000 stores in the next three years.

It is considering tying up with property developers to open shops in apartment complexes.

The race is also on in the recruitment market, with the three promising market-leading salaries for pharmacists.

Long Chau announced the highest Tet (Lunar New Year) bonus of five months’ pay in January besides the mandatory 13th month’s salary. Two months later it rewarded all employees with half a month’s salary for achieving business plans ahead of time.

Pharmacity raised salaries, commissions and bonuses by an equivalent of one to 12 months’ wages.

Nguyen Duc Tai, chairman of Mobile World, said pharmacists’ proficiency is the “decisive factor in the success or failure of pharmacies, not prices or shopping experience”.

While they all have the ambition of dominating the US$8-billion market, the results of the three giants were very different last year.

Pharmacity reported revenues of VND1.9 trillion but net losses rose by 150 percent to VND420 billion. However, it seems undeterred by the losses thanks to the backing of its parent company and investment fund.

Mobile World has lost VND17 billion on its investment in An Khang in the last four years, but remains optimistic about growth and breaking even soon.

Long Chau reported a 330 percent rise in revenues to VND4 trillion. It also reported profits for the first time last year, breaking even earlier than it had planned. 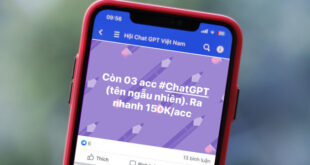