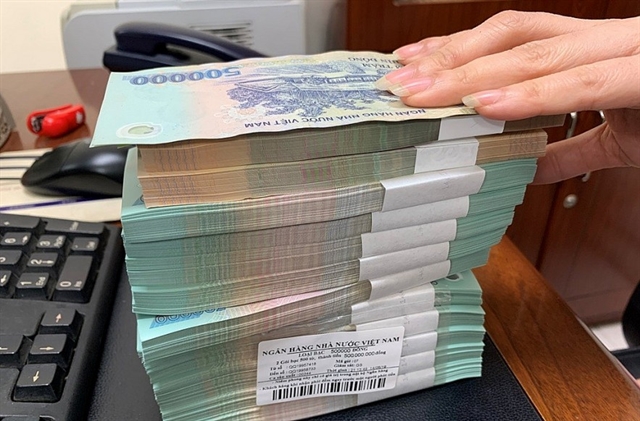 HÀ NỘI — The Ministry of Finance has proposed a regulation be brought in to ensure payments for all real estate transactions are carried out via bank transfers.

The suggestion was made to prevent tax avoidance in the transactions of real estate assets through the declaration of selling prices much lower than the actual cost.

Minister of Finance Hồ Đức Phớc said during a recent session of the National Assembly that prices for tax payment in real estate transactions were often declared much lower than the actual transaction prices to lower the amount of tax paid.

Phớc said that the declaration of lower-than-actual prices was a deed of tax avoidance, adding that it was legal to tighten tax collection on the real estate asset transactions.

Tightening tax collection would boost the tax collection value by VNĐ6.6 trillion to VNĐ16.2 trillion in total in the first five months of this year over the same period last year, the ministry’s statistics showed.

According to the HCM City Real Estate Association, it was reasonable to require bank transfers, which would help prevent tax avoidance prevent tax loss, fight against money laundering, and improve market transparency as well as contribute to limiting price blowing and market manipulation.

The association’s president Lê Hoàng Châu said that previously, everyone had many personal papers such as identity cards and passports and many bank accounts, making it difficult to control the declaration of the cash flow for real estate transactions.

Lawyer Nghiêm Quang Binh said that declaring lower prices was risky for both buyers and sellers in case disputes occurred because the resolution at the court must be based on the contract.

According to Trang Bùi, general director of Cushman & Wakefield Việt Nam, requiring payment for real estate transfers to be conducted via banks made sense.

She said that involved parties and banks could make a tri-partite agreement, which would help prevent risks for both the buyer and the seller as the proof of the transaction could be saved.

However, it would take time to change as the cash habit remained popular, especially in rural areas, she said, adding that an appropriate plan was needed, together with the coordination of management agencies, notary offices and banks.

Land price frame must be market-based

Although the solution of using the banking system to control real estate transactions had been applied effectively in many countries, it was not easy to implement in Việt Nam where cash remained popular, Lê Minh Cường, director of S&P law firm said.

The most optimal solution was that the government should introduce a land price frame which is close to the market price and would serve as the base for the taxation, Cường said, stressing that this would create fairness and transparency in compensation prices for site clearance.

According to Phớc, the ministry would ask localities nationwide to develop real estate data to ensure transparency. — VNS