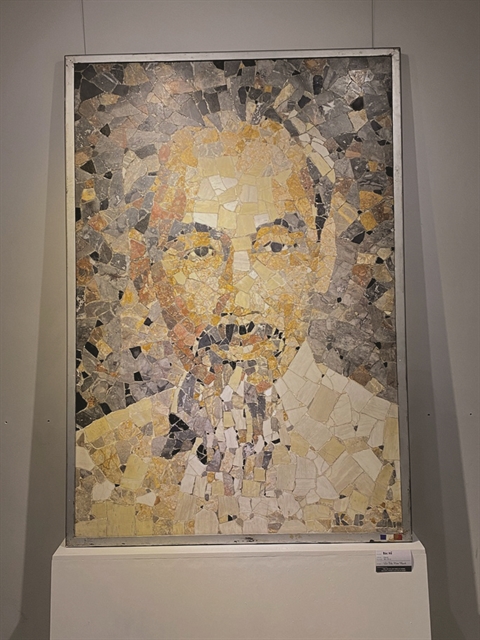 The exhibition is part of cultural activities organised in HCM City to celebrate the late president’s 132 birth anniversary (May 19).

Several of the paintings have Vietnamese women and children as well as aspects of traditional culture and lifestyle as their subjects. 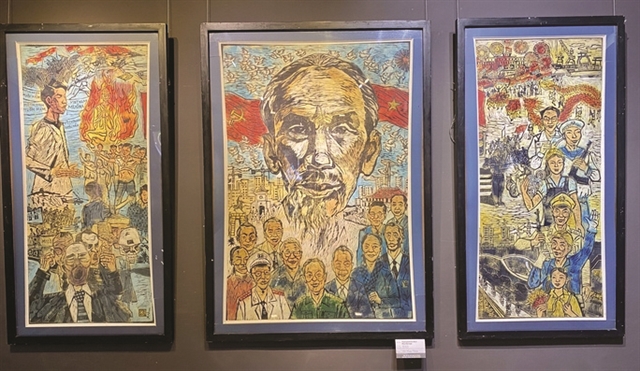 “The paintings are very Vietnamese and strengthen our identification with the country,” said Đỗ Kim Thoa, a visitor who attended the May 11 opening ceremony.

Other highlighted works include Mặt Trời Của Mẹ (Mother’s Sun), a silk painting by Khoát that has an ethnic minority woman in her traditional attire with a baby in her hands, highlighting the beauty of Vietnamese people.

Hạnh, a member of HCM City Fine Arts Association, who has been painting for more than 20 years, said: “I hope viewers will gain new experiences and passion for the country and its ideals after visiting the exhibition on President Hồ. The common thread in the works on display is love for the country and people.”