Oil price hike and the way it is managed concerning people 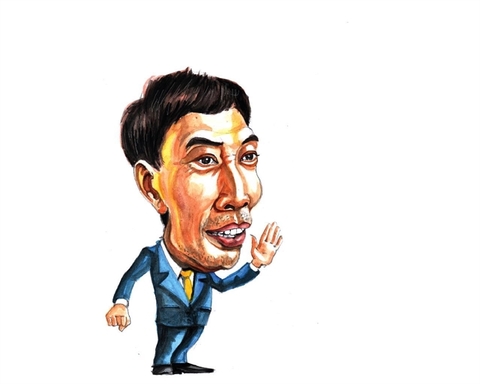 From February 21, the price of petroleum and diesel products in the country continued to increase in line with the rising trend of world oil prices. This is the 4th upward correction since the beginning of this year.

Like many other countries in the world that decided to ease their social distancing measures, Việt Nam has shifted from a “Zero COVID” strategy to “Safe and flexible adaption and effective control of the COVID-19 pandemic” since the last quarter of 2021 to re-open the economy and resume production. This has led to higher demand for fuel.

The fact that the Nghi Sơn Oil Refinery, Việt Nam’s largest refinery, cut production by 20 per cent since January due to financial problems has caused domestic petroleum shortages, which ultimately resulted in higher prices.

This has also been in accordance with the upward trend of global oil price as the world economy being recovered with the prospect of depleting crude inventories and limited investments in the oil and gas sector. Meanwhile, the Organization of Petroleum Exporting Countries (OPEC) limits their oil production instead of increasing output, coinciding with the Russia-Ukraine intense crisis.

According to oilprice.com, the price of Brent crude reached $104.99 per barrel last Thursday – the highest since July 2014 – as Russia engaged in a special military operation in Ukraine.

The spike in fuel prices is forecast to continue rising as long as the military conflict between the two nations is not solved.

On the positive side, income from crude oil exports increases, which is accompanied by revenue from taxes and fees on crude oil and finished petroleum products consumed domestically. This will contribute to an increase in State budget revenue and profits of oil exploitation and petroleum businesses.

However, the negative impact of fuel price hikes on the economy and people’s daily lives is much more significant. According to Nguyễn Bích Lâm, former general director of the General Statistics Office (GSO), a 10 per cent increase in oil and gas price will translate to a 0.5 per cent decrease in the national gross domestic product and 0.36 percentage point rise in the consumer price index (CPI).

The rising oil and gas prices will affect domestic production as oil and gas cost makes up around 3.52 per cent of the economy’s total production costs, thus pushing up product prices. The impact can be felt clearly in areas such as fishery, transportation and agricultural production.

The escalating oil and gas prices would reduce and even neutralise the effect of the 2-per cent VAT cut which was intended to stimulate consumer spending, stir growth and reduce inflation pressure.

Thereby, the country’s economic recovery process will further slacken, especially in the situation that the global economy has entered 2022 in a weaker position than previously anticipated. The outlook is shaped by factors such as the pandemic’s continued grip, supply disruptions, more broad-based inflation and monetary conditions tightened in the US.

The International Monetary Fund has revised down its GDP growth forecast for 2022 to 4.4 per cent in January’s report, half a percentage point lower than in its October 2021 World Economic Outlook. 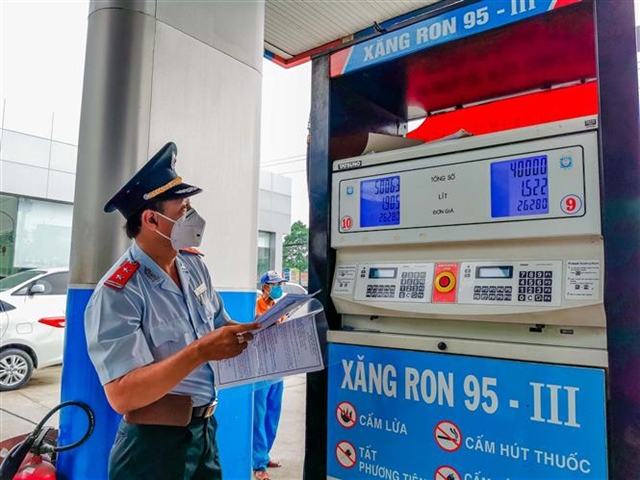 A market inspector of Cần Thơ City’s Department of Industry and Trade checks a petrol station in Hưng Phú Ward in the city’s Cái Răng District. The inspection was carried out after reports of some stations’ petroleum hoarding to wait for price increase. — VNA/VnExpress News Photo Thanh Liêm

The recent shocking price hike and some dealers’ petroleum hoarding are just the tip of the iceberg. The underlying problem lies in the way the fuel price is managed.

Article 27, Decree 95/2021/NĐ-CP stipulates that the time for petrol and oil price adjustment is on the 1st, 11th and 21st of every month. In case the adjustment time falls on holidays, it will be moved to the next period.

As we are applying the rigid mechanism of price adjustment every 10 days meanwhile global oil and gas prices fluctuate day by day, this has created conditions for petroleum dealers to stock up to take advantage of the price hikes.

If the prices were regulated more flexibly, there would not have had the situation of hoarding and the price increases would have been smoothed over time, avoiding shocks.

In addition to the lack of flexibility in price management, inadequacies in petrol storage is also an issue.

However, in Decree 95, which took effect from the beginning of this year, the reserves of finished petroleum products were reduced to only 20 days. This leads to the risk of supply shortage when domestic refineries and petrochemical companies do not operate at full capacity. 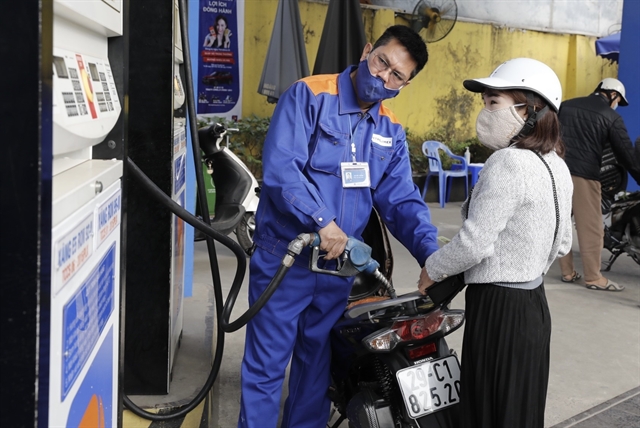 In the long run, it is time for Việt Nam to have larger petroleum reserves, so that in special cases it will be released to meet demand amid the shortage of domestic supply. These reserves can meet the demand for consumption over at least 3-6 months, even a year, to ensure energy security.

Related to the Fund for Petrol and Oil Price Stabilisation, there are opinions that it is useful in terms of stopping prices rising too high. However, there are also claims that it is distorting the market, thus the Government should not use it.

Moreover, the fund operation is not really meaningful as the scale of the fund is too small to compensate for the strong rise of the world oil and petrol prices.

In order to reduce petrol prices and avoid adverse effects on the economy, the Ministry of Finance is considering a reduction of environmental tax on fuel as requested by the Prime Minister.

Taxes and fees account for around 42 per cent of gasoline prices in Việt Nam including special consumption tax, import tax, environmental tax, and value-added tax.

Currently, the import tax on petrol and oil in the country is 0-8 per cent; value added tax (VAT) 10 per cent (petroleum does not belong to the group of goods enjoying a tax reduction); special consumption tax on gasoline is 10 per cent (no SPT imposed on oil of all kinds). The environmental protection tax, which has been approved by the National Assembly Standing Committee for gasoline (except ethanol) is VNĐ3,800-4,000 per litre; for diesel oil VNĐ2,000 per litre.

Thailand on February 20 approved a reduction of nearly 50 per cent of the special consumption tax on diesel oil for a period of three months to 3 baht per litre from 5.99 baht per litre.

In the short term, to stabilise the oil and gas prices and reduce the burden of rising input costs for enterprises, the Government should take into account the reduction of some kinds of taxes and fees imposed on the products.

This measure is also in tandem with the approved fiscal package for economic recovery to keep growth momentum for the economy post-pandemic.

In the long-term, the Government should drastically revise the oil and petrol price management mechanism such as improving market competition and removing price adjustments periodically so that the price changes will follow the rules of the market as well as ensure long-term fuel supply to minimise the negative impacts of fuel price hikes on the economy.

*Võ Trí Thành is a former vice-president of the Central Institute for Economic Management (CIEM) and a member of the National Financial and Monetary Policy Advisory Council. The holder of a doctorate in economics from the Australian National University, Thanh mainly undertakes research and provides consultation on issues related to macroeconomic policies, trade liberalisation and international economic integration. Other areas of interest include institutional reforms and financial systems.