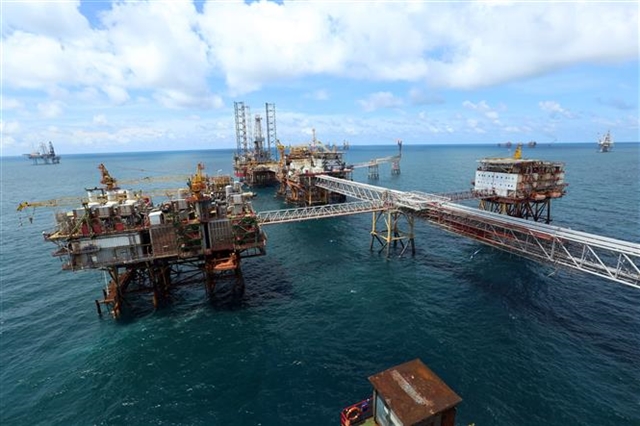 He said the country’s Oil and Gas Laws, enacted in 1993 and modified in 2000 and 2008, have started showing a number of shortcomings and limitations, as the current development of the industry has outpaced what policymakers envisioned more than two decades ago.

Proposed changes to current laws and regulations include the continuation of pre-existing projects and contracts with business partners, while keeping the country’s legal frameworks up-to-date with international standards and trade agreements that Việt Nam is a part of.

“Our ministry has put forward six policy groups to be reviewed and approved by the Government and the National Assembly,” he said.

A key proposal to boost the development of Việt Nam’s oil and gas industry is a reduction of the corporate income tax to 25 per cent and a new policy that brings the maximum cost recovery up to 80 per cent for special oil and gas projects. The proposal was the result of comprehensive studies of business models that have been employed by countries similar to Việt Nam.

Another top priority is to ensure the smooth implementation of the new laws and regulations, according to the chairman of the National Assembly Economic Committee Vũ Hồng Thanh.

Thanh said the new changes must keep in line with what was set out by Việt Nam’s 2013 Constitution and the international agreements the country has signed. He said lawmakers must conduct extensive studies and reviews of the proposed changes.

The focus is to streamline the process of oil and gas management and strengthen the industry supply chain while taking into consideration the unique importance and characteristics, as well as how it may affect the economy as a whole.

According to Thanh, once completed the new laws will cover most major aspects of the industry, from extraction, transport, storage, distribution and retail, meeting the country’s top priorities in regards to national defence, security, foreign policies and sovereignty.

He asked the Government to continue improving bidding regulations for oil and gas development, especially on selecting qualified and capable contractors for future projects. — VNS