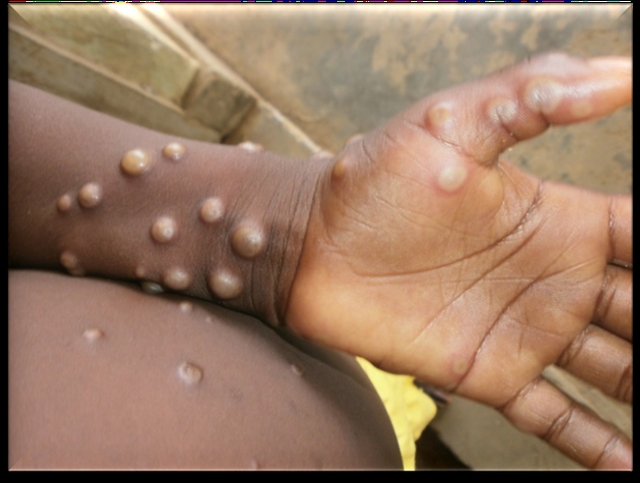 HÀ NỘI — As the World Health Organization predicts that monkeypox cases will continue to increase, the Ministry of Health requires localities to monitor and detect suspected cases at border gates and medical facilities.

Checks will be enhanced for those coming from Benin, Cameroon, Central African Republic, the Republic of Congo, Gabon, Ghana, Ivory Coast, Liberia, Nigeria, Democratic Republic of the Congo, Sierra Leone and South Sudan.

Minister of Health Nguyễn Thanh Long has just sent a document to local people’s committees nationwide on strengthening supervision and prevention of monkeypox.

Monkeypox, a disease first detected in monkeys in 1958, recorded its first human case in 1970 in Congo.

As of May 25, 158 cases of monkeypox and 117 suspected cases were detected in 19 countries, according to the WHO. No casualties have been reported.

Monkeypox can be spread from person to person through close contact, through wounds, bodily fluids, droplets, and contact with contaminated objects such as blankets and pillows.

The disease is often severe in children, pregnant women or immunocompromised people. The incubation period is 5 to 21 days (usually 6 to 13 days). Monkeypox has symptoms similar to smallpox, but differs in its systemic skin lesions and enlarged lymph nodes.

According to the World Health Organization, the first recent case of monkeypox was detected in the UK on May 13, 2022, and as of May 21, 2022, the world has recorded 92 cases of the disease. No deaths have been reported.

The cases were identified as being infected with the West African monkeypox virus and have similar characteristics to the virus transmitted from Nigeria to several countries in 2018 and 2019.

The document of the Ministry of Health said that the World Health Organization forecast that the number of monkeypox cases would continue to increase in the near future.

To proactively monitor smallpox cases and promptly implement epidemic prevention and control measures, minimising the number of cases and deaths, the Ministry of Health proposes that the people’s committees of provinces and cities direct local departments of health and related units to implement the following:

– Actively monitor and detect suspected cases at border gates, especially those returning from countries where monkeypox is endemic.

– Strengthen surveillance to detect disease cases at medical facilities in the area; coordinate with the Pasteur Institute of Hygiene and Epidemiology to diagnose and identify cases.

– Actively communicate and raise people’s awareness about monkeypox and measures to prevent and control the epidemic as recommended by health authorities. — VNS