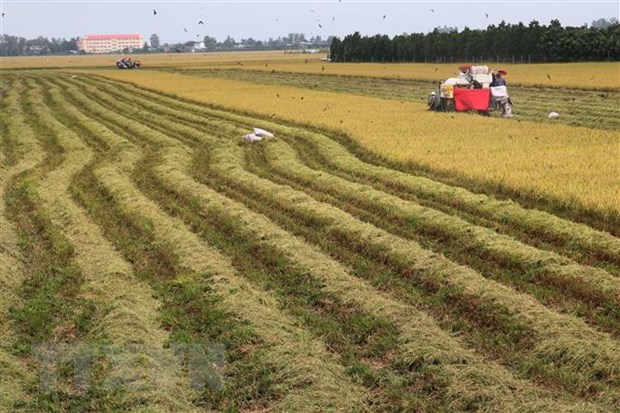 HCM CITY – The agriculture sector in the Cửu Long (Mekong) Delta’s 12 provinces and Cần Thơ City should change its mindset from merely production and instead become an agricultural economy to enable farmers to sell their produce, Minister of Agriculture and Rural Development Lê Minh Hoan said.

In the delta, most farmers begin the cropping season without even securing outlets for their harvests. But in an agricultural economy, production is based on market demand and other requirements, and farmers have steady deals to sell their produce.

Speaking at a meeting with delta agriculture authorities in Bạc Liêu Province on Wednesday (February 9), he said the change is required to adopt farming models with high economic value.

The country’s largest producer of rice, fruits and seafood is one of six deltas in the world to be severely impacted by climate change.

But, Hoan said, it is time for the delta to confidently believe that in 10 – 20 years later its brand name would be built.

“We have to overcome difficulties and become one of the world’s model deltas in climate change adaption.”

This year it should focus on developing ecological agriculture to meet the requirements of the global market and protect the environment, he said.

The heads of the agriculture departments of the delta’s provinces and Cần Thơ proposed various measures to develop farming like zoning of irrigation and farming areas for rice, shrimp, fish, and fruits and preferential policies for attracting investment.

They also called for policies to achieve regional linkages.

“The province will prioritise the development of organic shrimp – rice farming in coastal areas and develop marine aquaculture.”

The Ministry of Agriculture and Rural Development should soon implement the second phase of the Cái Lớn – Cái Bé irrigation system – the delta’s largest, he said.

The delta’s coastal provinces are expanding shrimp – rice farming since it is sustainable and environment-friendly, but insufficient irrigation is an obstacle, the officials said.

Nguyễn Sĩ Lâm of An Giang said his province, like other delta provinces, is a large producer of rice, shrimp, fish, and fruits and needs investment by large companies in these products to improve their value and farmers’ incomes.

“The ministry should have policies to attract investment to the delta.”

His province’s farmers have taken enthusiastically to the linkages, he added. – VnExpress News