Migrant children give up education in urban schools amid Covid woes

Covid-19 has forced many children to return to their parents’ hometown to continue their education.

When his savings dried up after the Covid crisis began, Bui Quang Trong, 48, could no longer afford to live in the big city.

He decided to head back out of HCMC to the Central Highlands province of Dak Lak with his three children.

After finishing dinner, the 48-year-old told his two eldest children, who were in grades five and two, to sit at the table so that he could help them review what they had learned in online school lessons before going to bed.

The family moved back to Dak Lak’s Cu Kuin District more than three months ago and has gotten used to the rhythm of life there.

Trong, who was born in the north, married and moved to Dak Lak and then to HCMC with his wife for work nearly 20 years ago. Before opening a stall selling vegetables and fruits, the couple had worked in various jobs.

His two older children were in grades five and two in a school in Thu Duc City while his youngest went to a nearby kindergarten.

The couple were out of work for months after the fourth Covid wave struck last April, and their meager savings dried up quickly.

They did not have to worry about school fees at the time since the 2021-22 year began online, but struggled to pay the rent and bills even after city authorities eased restrictions on November 1.

He says: “The financial burden was too great. Our family was already struggling to stay afloat, so I am concerned I won’t be able to pay my kids’ college fees in the future.

“No matter where you are, life is tough and full of challenges. But I believe it is easier to survive in the countryside than in Saigon”.

He finished the school transfer process for his older children by the end of October, returned to his hometown and temporarily lived in a small house next to his in-laws.

Since he does not have a job, he spends his days doing chores and helping with his children’s education at home.

His wife is still working in HCMC and sends money back to the family.

Despite the financial difficulties, Trong considers himself fortunate because “the entire family is still healthy in the midst of a raging pandemic”.

Trong’s three children, who were born and raised in HCMC, are unused to the rhythms of life in the countryside. They miss their old friends and have not had the opportunity to meet new friends in school since it has not opened yet.

She studies online for two hours in the afternoon and one hour in the evenings on Mondays, Wednesdays and Fridays.

She says: “I’ve grown accustomed to the new environment. Whether in the city or the countryside, we all study online. I just want to get back to school so I can make new friends and continue with my education”.

Tran Thi Bich Phi, 29, of Tra Cu District in the southern Tra Vinh Province, also left HCMC and transferred her two children in grades two and three out of a school in Thu Duc City at the end of October.

She earned VND6 million (US$264) a month working for a garment factory, and her husband earned VND8-10 million as a bricklayer.

Amid the city’s restrictions, the couple were unemployed for months, surviving on their savings and government relief assistance.

After the restrictions were eased, Phi immediately began the process of transferring her children out of school, and soon the family returned to Tra Vinh, joining the exodus of people riding their motorcycles to the Mekong Delta.

With the little money they had left, and loans from the government and relatives, they built a small house. Phi began gardening and raising livestock while her husband continued to work as a bricklayer.

She says if they work hard enough her family can continue to live in HCMC though only in a small apartment.

Speaking about the difficult decision they had to make, she says: “Though returning to Tra Vinh has challenges, the obstacles will gradually ease. The kids are young, and so switching schools will not affect them too much”.

The children go to a school close to home, have made many new friends and had a great time discovering sights not found in the crowded city.

“Our greatest wish right now is to provide our children with a good education”.

Some 7,500 students have dropped out of schools in HCMC to return to their hometowns, its Department of Education and Training said.

Surveys at schools found that the parents of many of those children are factory workers, who were unable to care for their children when they were studying from home.

Covid also forced entire families to leave the city since they could not sustain themselves financially, the department said.

According to the General Statistics Office, around 2.2 million workers have left major cities and returned to their hometowns, including 524,000 in HCMC.

Others stay on in HCMC, but have sent their children back to their hometowns to the care of relatives.

Tran Thi Y, 32, of Tan Phu District is one such parent.

Y and her husband are blue-collar workers who were out of work for four months. They returned to work when their factory reopened, and their income gradually stabilized.

They have a four-year-old daughter who was at home since kindergartens were closed.

Y initially took unpaid leave to care for the child, but they realized after a month it was unsustainable.

They decided to send their kid to the Central Highlands province of Dak Nong to their grandparents and a local school.

Y says: “For the next two years we are dependent on the grandparents. When the child is old enough to start first grade, we will bring her back to the city to attend school”. 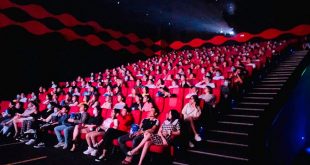