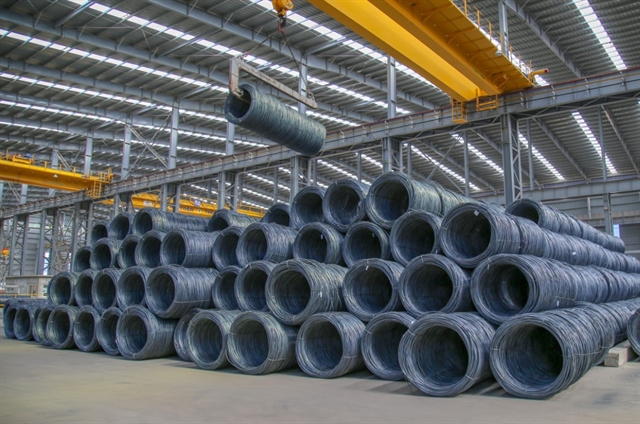 HÀ NỘI — The stock market finished lower on Thursday, reversing its previous course due to a strong sell-off with many large-cap stocks hitting floor prices.

On the Hồ Chí Minh Stock Exchange (HoSE), the market benchmark VN-Index plunged below the threshold of 1,300 points again as the demand force was not strong enough to support the index. It closed the trade at 1,238.84 points, down 62.69 points, or 4.82 per cent.

The benchmark gained a total 31.91 points in the last two sessions.

The market’s breadth was negative as 424 stocks declined, of which 164 stocks registered the maximum daily loss of 7 per cent, while only 39 stocks climbed. However, liquidity increased sharply compared to the previous trade, with nearly VNĐ15.8 trillion (US$683 million) worth of shares, equal to a trading volume of nearly 558 million stocks, traded on HoSE.

The bearish trend was due to the return of selling pressure as the market is short of positive news. Pillar stocks faced a strong sell-off from the beginning of the trade, with the VN30-Index dropping more than 70 points, or 5.19 per cent, to 1,279.76 points.

Twenty-nine of the 30 biggest stocks in the VN30 basket slid, of which 11 stocks hit floor prices, while only one stock rose.

Data compiled by vietstock.vn showed that bank stocks led the fall with Vietcombank (VCB) and BIDV (BID) taking the first and second places, respectively, in the top five stocks influencing the market’s downtrend. Accordingly, VCB shares dropped by 3.75 per cent, while BID hit the maximum intraday loss of 7 per cent.

The benchmark also was weighed by the losses of Masan Group (MSN), Hoà Phát Group (HPG), VBPank (VBP), Techcombank (TCB), Vietinbank (CTG) and Vinhomes (VHM). These stocks decreased by at least 2.27 per cent.

The HNX-Index on the Hà Nội Stock Exchange (HNX) also inched down yesterday, ending its two-day rally. The northern bourse’s benchmark index plummeted 17.52 points, or 5.26 per cent, to 315.52 points.

Investors poured over VNĐ1.6 trillion into HNX, equivalent to a trading volume of more than 74.1 million shares.

Meanwhile, foreign investors were net sellers on both main exchanges after selling a net value of VNĐ113.41 billion. Of which, they net sold VNĐ107.52 billion on the southern market, and VNĐ5.89 billion on HNX. — – VnExpress News