An oil on canvas painting by early-19th century master Mai Trung Thu will be auctioned in Hong Kong Tuesday and is expected to fetch up to HKD7 million (US$897,600).

‘Femme au Chapeau Conique le Long de la Rivière’ (Young Woman With A Conical Hat By The River), is a 98cm x 7cm work and will feature in the ‘Memory & Modernity’ auction held by Sotheby’s.

The 1937 painting is expected by collectors and experts to fetch the second highest price at the auction.

Sotheby’s said it is a unique work. “The tranquility of the scene induced by the color harmony and the sweet expression of the woman is counterbalanced by the tension of the hat’s strap she pinches as the breeze animates the flap of the tunic”.

In April, Thu’s ‘Portrait of Mademoiselle Phuong’ was sold at more than US$3.1 million at Sotheby’s Hong Kong to become one of the priciest Vietnamese artworks.

Thu (1906-1980) was named along with Vu Cao Dam, Le Thi Luu and Le Pho as the most prominent artist of the golden age of Vietnamese modern art.

Thu was a famous modern painter in the early years of the 20th century. He lived and worked most of his life in France. 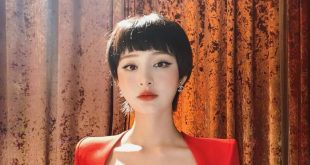 A wife’s feelings during football season