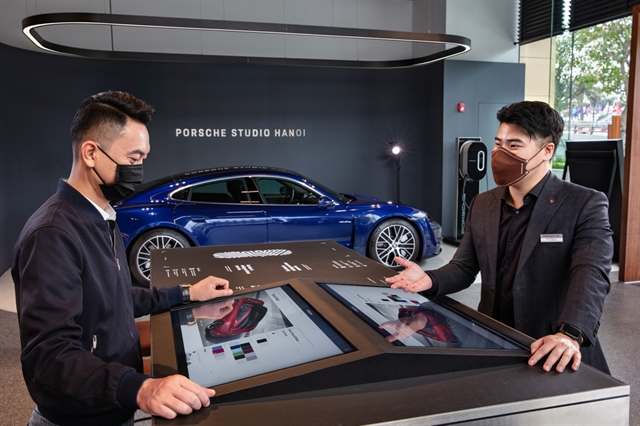 HÀ NỘI— Việt Nam pales in comparison with Japan and China in regard to the size of the luxury market, but it has a great potential to become a highly profitable market in the near future, according to Jing Daily, a leading digital publication on luxuries in China.

Jing Daily said the bright outlook for Việt Nam’s luxury market could be attributed to the rising income of its people in recent years as high-income consumers are the backbone of luxury consumption.

Việt Nam’s middle class population has been expanding massively as well, expectedly climbing to 95 million by 2030, according to predictions by Nielsen. Meanwhile, the number of High Earners, Not Rich Yet Individuals, and ultra-wealthy are also growing. The number of people with a net worth of $1-30 million will soar by 32 per cent to over 25,800 by 2025.

In addition, luxury brands should be bullish on Việt Nam because their goods are increasingly in high demand in the country. This is even more the case now as consumers are restricted at home and cannot travel to Singapore or China to gratify their appetite for luxuries.

“The appetite for luxury goods is more pronounced than ever in Hà Nội and HCM City”, said Trần Thị Hoài Anh, founder of GlobalLink Co Ltd.

Just one decade ago, it was all about knowing the difference between Gucci and Prada, but now a new generation of high-end shoppers are driven by the quest for quality, distinctiveness and craftmanship, the founder added.

For obvious reasons, the luxury sector benefited from the EU-Việt Nam trade agreement and the investment protection agreement in 2019 that removed 99 per cent of all tariffs and lowered many regulatory barriers.

With luxuries becoming more affordable, consumers could get their hands on these high-end products more easily.

At that point, some renowned brands have sensed the opportunity and turned the growing domestic demand for luxuries to their advantage by gaining footholds in the country.

At the same time, DAFC, which runs over 60 luxury brands, including Cartier and Rolex, announced its sales in Việt Nam were up by 35 per cent in 2020.

Likewise, Bvlgari decided to return to the market in March 2021 with the inauguration of its first physical store in HCM City.

“It was the right time to return since we were able to approach our potential customers”, a Bvlgari Việt Nam spokesperson noted.

According to Statista, revenue from Việt Nam’s personal luxury goods market reached $976 million in 2021 and is expected to grow by 6.67 per cent annually in 2021-2025. — VnExpress News