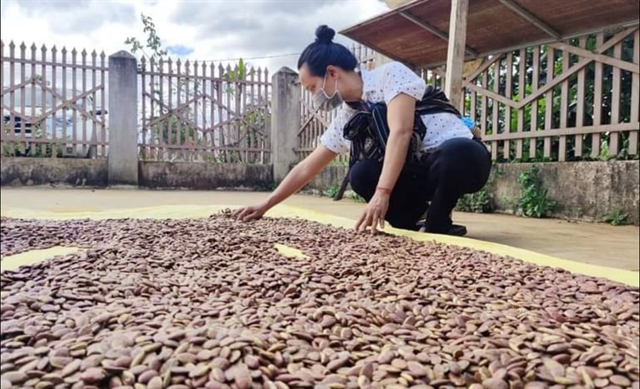 Kơ-nia seeds are dried before being roasted and packed for sale in the central highland province of Gia Lai. The seeds have brought income for local people. — Photo dantri.com.vn

Many people have made a lot of money by going through the forest to collect the seeds and selling them to traders, while others have commercialised the seeds.

October is the seed-producing season of the Kơ-nia tree. In November, the Kơ-nia seeds fall and cover the forest canopy.

The seed is about the size of an almond and covered by a thin layer of brown silk. People eat the white kernel after peeling off the shell. It has a rich nutty flavour, similar to cashews.

H’Uyen Nie, vice president of the Women’s Union of Ia Mơ Nông Commune in Chư Pah District, is among the first to realise the potential economic value of the seeds.

Ksor Đíu in Ya Village, Chư Đăng Ya Commune in Chư Păh District, often goes to collect Kơ-nia seeds in the forest with his wife.

Đíu said he was not strange with the taste of Kơ-nia seeds because when he was a child, he often went to the forest to eat them, but never thought he would one day sell them.

“Many people are enthusiastic to go to the forest to collect and sell the seeds. All we have to do is sit under the trees and pick up the seeds. We can collect 100 kilos within a couple of hours,” he said. 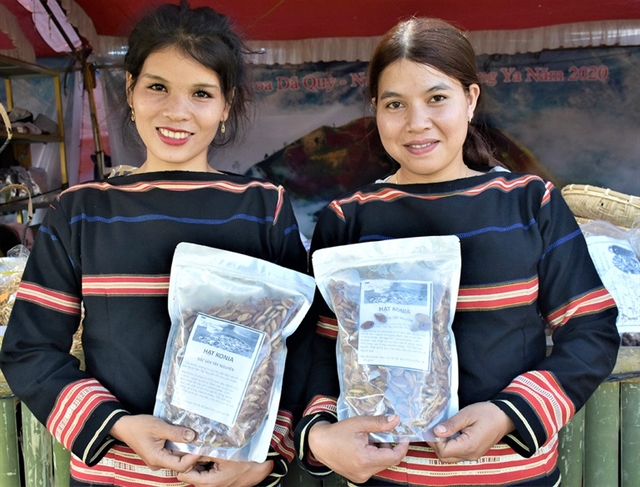 H’Luen said people thought she was joking when she asked them to pick up the seeds.

H’Uyên said the source of the Kơ-nia seed was very large and grew naturally in the forest.

“The seeds are delicious, but many people have not tried them yet. That’s why I have bought them to make special products. After having an abundant output, I will expand the products,” she said.

H’Uyên researched preliminary processing methods to create quality and safe products. After collecting seeds, she removes the bad seeds, dries them and roasts them.

H’Uyên started her business in 2019 and gained support from customers in the Central Highlands region. This Tết, she has received orders of more than 100 kilos from customers.

“I could sell half a tonne of seeds within a year and could sell more if I had a higher amount of raw material. I’m trying to build a brand for the product so that more people will know about the seeds,” she said. — VnExpress News