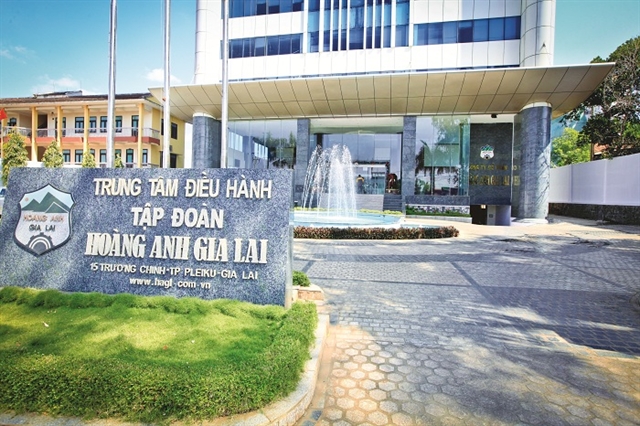 HÀ NỘI — There are no grounds to impose involuntary delisting on Hoàng Anh Gia Lai Group (HAGL), according to experts.

Hồ Ngọc Diệp, a lawyer at Hồ Chí Minh City Bar Association (HCBA), said that Article 120 of Decree No.155 was only applicable to companies whose losses of three consecutive years were disclosed in their audited financial statements.

Meanwhile, HAGL’s financial statements initially reported profits in 2017 and 2018. These profits were changed into losses due to retrospective application.

That means HAGL’s losses were retrospective losses, which are not covered in the decree, thereby rendering it inapplicable.

“The decree does not cover retrospective losses. Accordingly, Article 120 cannot be cited as a ground to delist HAG shares,” Diệp said.

She also noted that the ultimate goal of the decree is to safeguard investors. It would be better not to delist HAGL to be consistent with such a goal.

“Since HAGL has begun to make profits, delisting will cause financial damages to existing shareholders,” explained the lawyer.

Giang said involuntary delisting on HAGL in 2022 would be financially detrimental to investors who bought HAG shares on grounds of its good performance in 2021.

She also believed it is groundless to remove HAG shares from HoSE since the company ran at a profit last year.

“If authorities decide to delist HAGL in 2022, its investors are likely to challenge such a decision,” explained the lawyer.

Đào Tiến Phong, another lawyer at HCBA, said there was no point in reviewing the losses of 2017-2019 given that the company operated profitably in 2021.

HAGL’s shareholders have lodged an appeal to authorities, requesting their shares not be delisted from HoSE.

The shareholders said that the grounds for involuntary delisting, under Article 120, did not include retrospective losses.

That means the company’s retrospective losses during 2017-2019 can not be used as grounds for penalty.

They also believed the notice of delisting, which only came 10 months after the company announced its audited financial statement of 2020, was not following due process.

“Such an unexpected notice will deal a financial blow to existing shareholders, notably those who bought HAG shares after March 2021,” complained the shareholders. — VnExpress News