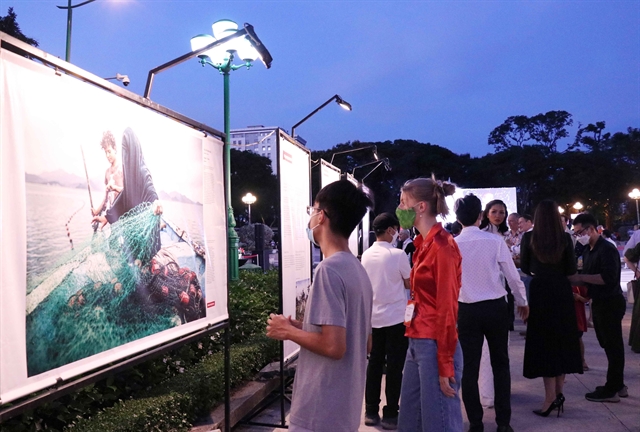 HCM CITY — An exhibition of 159 award-winning works from the 2021 World Press Photo Contest has opened at the Lê Văn Tám Park in HCM City’s District 1.

The event is organised by the Consulate General of the Netherlands in HCM City as part of celebrations of 50 years of diplomatic relations with Việt Nam.

The photos reflect the winners’ interpretations and perspectives on the COVID-19 pandemic and social justice protests around the world.

They also deal with other urgent issues like the climate crisis, transgender people’s rights and territorial conflicts.

Speaking at Wednesday’s opening ceremony for the event, Martha Echevarria, Representative of World Press Photo Foundation, said: “What’s particularly great about all these stories is that they allow us to get in touch with realities that might sometimes seem very distant to us through themes that we are all familiar with.

“So I hope that whichever stories you look at today, they leave you curious and engaged, committed to finding reliable news, and above all, with a sense of connection to the world and the people around you.”

Daniël Stork, Consul General of the Netherlands in HCM City, said: “The World Press Photo contest, which will soon celebrate its 70th birthday, plays an important role in supporting the work of photojournalists around the world. These often courageous photographers risk their lives often to bring out stories of the truth of what is happening.”

The World Press Photo Exhibition 2021 has travelled to over 90 cities around the world.

In HCM City, the exhibition will remain open to the public until April 10. — VnExpress News