Hùng Kings’ commemoration to be marked at home and abroad 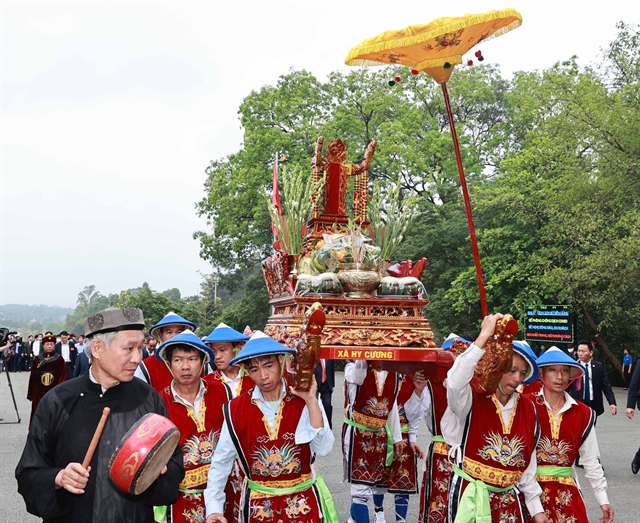 HÀ NỘI — Vietnamese in more than 40 countries and territories worldwide will join a virtual celebration of Việt Nam Ancestral Global Day on April 10, or the 10th day of the third lunar month.

Founded in 2015 by a number of scientists, intellectuals and leaders of Vietnamese associations in seven countries, the Việt Nam Ancestral Global Day non-profit socio-cultural project aims to connect overseas Vietnamese and international friends in an effort to preserve intangible cultural heritage of humanity and the worship rituals dedicated to Hùng Kings, the legendary founders of the nation.

The commemoration is a special cultural event for not only the Vietnamese community abroad but also international friends.

In 2018, the then Prime Minister Nguyễn Xuân Phúc signed a decision supporting the celebration of the event in countries with large Vietnamese communities.

The second, Going Back to Việt Nam, presents artwork and performances by overseas Vietnamese. The last part is a virtual conference to honour the descendants of Hùng Kings around the world.

All of the activities of Việt Nam Ancestral Global Day will be held in both online and offline formats, at facebook.com/quoctovietnamtoancau, and will be broadcast live on TV channels like Hung King TV Global, HITV and Future Now. 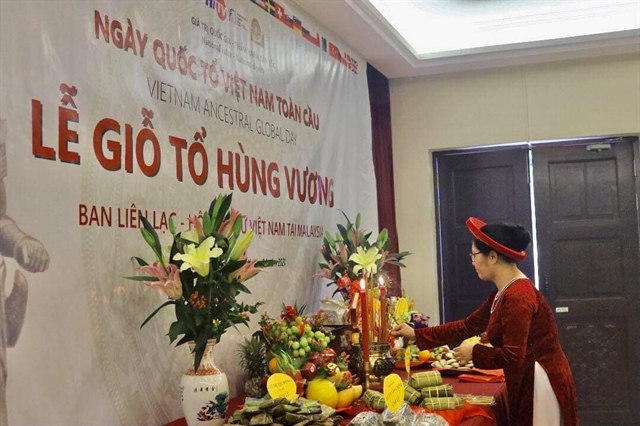 Since its inception, apart from the commemoration of Hùng Kings, a range of social and charitable activities have been held in Việt Nam and several foreign countries under the project, such as providing relief aid to flood victims in the central region, granting scholarships to poor students and supporting the fight against the COVID-19 pandemic.

Hùng Kings is the title given to the ancient Vietnamese rulers of the Hồng Bàng period (2879–258 BC). They were the Kings of Văn Lang.

The commemoration of Hùng Kings is annually observed on the 10th day of the third lunar month. This year, it falls on April 10.

The worshiping rituals of the Hùng Kings was recognised as a UNESCO Intangible Cultural Heritage of Humanity in 2012. VnExpress News