Huế needs to speed up relocation around Imperial Citadel 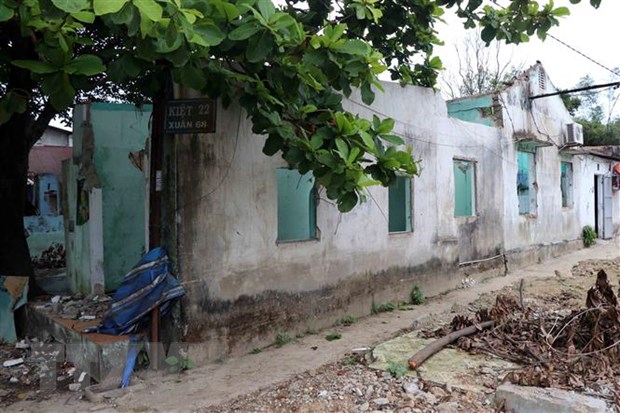 Many houses in the Imperial Citadel of Huế City area have not been dismantled for many years. — VNA/- VnExpress News Photo Đỗ Trưởng

HUẾ CITY — The Imperial Citadel area in Huế City of Thừa Thiên-Huế Province has been seriously affected by the slow progress of relocation and site clearance for many years.

The situation has badly affected the beauty of the relic area. Huế Imperial Citadel is a massive and unique military architecture that harmoniously combines oriental cultural elements with the style and layout of 19th-century European fortresses.

Experiencing the ups and downs of history, when the Nguyễn Dynasty ended in 1945, people migrated from many areas of Thừa Thiên-Huế and other provinces to live and build makeshift houses around the Citadel. This seriously infringed upon the city’s relics.

In 2019, a project on relocation and site clearance in the Imperial Citadel area was launched with two phases. The first phase implemented in the 2019-21 period focused on relocating people.

After more than three years of implementing the Phase 1, the People’s Committee of Huế City has completed the relocation of 3,187 people living in Thượng Thánh, Eo Bầu and Hộ Thành Hào (protection of the canal surrounding the citadel) relics.

However, in reality, the handover of land was very slow, far below the set plan.

Many households have moved to new resettlement areas, leaving behind unfinished dismantled houses, while many others have not yet handed over their premises to the authorities for various reasons.

This created a sprawling landscape, causing the urban beauty of the tourist city to decay.

The areas of Thượng Thành and Eo Bầu relics on Xuân 68 Road of Đông Ba Ward are the first places where residents dismantled their houses and moved to the relocation areas a few years ago.

However, the landscape has become desolate with overgrown wild plants and construction waste from demolition works that have not been treated completely.

Many people compare these places to “battlefields” in the heart of Huế City.

The house of Võ Văn Phụng’s family in the Eo Bầu area is nestled between houses that are being dismantled.

Like many households that have not yet handed over their premises to the authorities, Phụng stated that he has not yet paid the State to receive resettlement land.

Meanwhile, other households who refused to move out said that they were waiting for the completion of their new houses in the resettlement area in Bắc Hương Sơ Ward.

Along Lương Ngọc Quyến and Tôn Thất Thiệp streets, it is easy to see landfills of construction materials and daily-life wastes on the relic land.

Many roads around the wall’s citadel have weeds growing.

In particular, some locations have become ideal places for drug addicts where needles are scattered indiscriminately. 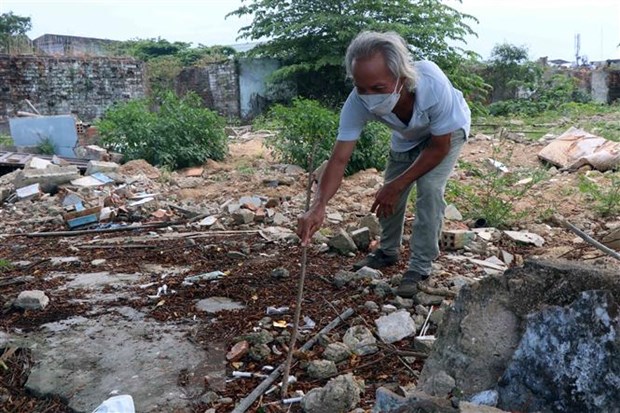 According to Huế City’s Land Fund Development Centre, the authority had approved a plan of relocation for 2,023 households, of which nearly 1,800 households were granted construction licences.

People who handed over the premises early were also supported by the local authority with rent for accommodation while waiting for the completion of new house construction.

However, the handover and site clearance of Phase 1 of the project was very slow.

Specifically, the Eo Bầu area still has 297 out of 515 households whose houses have been handed over, reaching 58 per cent while in the Hộ Thành Hào and Phòng Lộ areas, 171 out of 1,011 households have moved out and handed over their land.

Thượng Thành area was the place implementing the relocation the earliest but there are still 12 households who have not yet handed over the premises.

Đặng Huê Minh, the centre’s deputy director, said that maximum supports were offered to residents living in the area of Huế Imperial Citadel under a specific policy of the Government.

The infrastructure in the resettlement areas is synchronous and modern so that people could build houses right away, Minh said.

However, some households were still deliberately ignoring the plan, affecting the progress of the important project, he said.

Regarding the delay in handing over the premises, the People’s Committee of Huế City issued enforcement decisions for five cases in the Thượng Thành area.

As for other areas, the centre asked the people’s committees of relevant wards to mobilise households to hand over the land by the end of 2021, but so far, there has been no progress, he added.

At present, a total land fund of 2,489 lots in seven resettlement areas has completed infrastructure with hundreds of households building houses and moving in.

In previous years, the city organised a number of campaigns to remove wild plants and collect belongings and waste left behind. However, after years, trees and bushes grew quickly again, causing the urban beauty of Huế City – which strives to be a green and clean tourist destination – to be diminished. — – VnExpress News