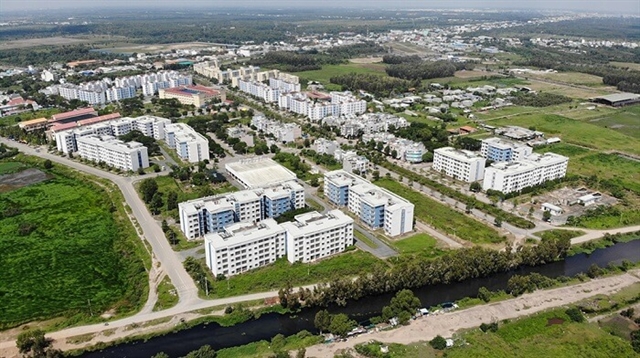 HCM CITY — The HCM City administration should think twice about urbanising its outlying districts since that would only benefit property developers and not residents, experts said.

Ngô Viết Nam Sơn, an architect with 30 years’ experience, said it would make it even more challenging for people to afford housing, which is already unaffordable for most people.

“Rapid urbanisation is not necessarily good for the city as it needs to maintain agriculture and develop rural communes to attract tourists.”

It could also affect the environment, he pointed out.

A public debate has begun after the administrations of outlying districts Bình Chánh, Cần Giờ and Củ Chi said they too wanted to develop into cities instead of being urban districts as previously planned.

Nguyễn Quyết Thắng, chief of Củ Chi District, said it would develop into an ecological urban area while maintaining agriculture lands as it develops into a city.

The transformation into cities would benefit all concerned, he claimed, adding, “Becoming cities would improve people’s quality of life and enhance urban beautification.”

Farmland to be converted into urban lands

Dr Võ Kim Cương, former deputy chief architect of HCM City, has said in the past, “Perhaps the plan to urbanise the outlying districts is aimed at converting agricultural lands into urban lands.

“Urbanisation of suburban districts must meet environmental and ecological criteria.”

With its mangrove eco-system and world bio-sphere reserve status, Cần Giờ should focus on developing urban eco-tourism, he said.

According to experts, to achieve the goal of becoming a city within a city like Thủ Đức, outlying districts must improve management in all areas, including the fight against corruption and squander.

A resident of Thủ Đức City, who asked not to be named, told Việt Nam News, “I don’t see any significant changes since the new city was formed over a year ago other than the fact that many property developers have become very rich.”

According to a real estate broker in Thủ Đức, the price of apartments in Thủ Đức has gone up to more than VNĐ100 million per square metre from just VNĐ30-50 million a few years ago.

The Department of Home Affairs has announced plans to speed up urbanisation of Củ Chi, Hóc Môn, Bình Chánh, Nhà Bè, and Cần Giờ to make them urban districts by 2030.

The districts have been rapidly urbanising in recent years with the creation of new urban areas, industrial parks, commercial zones, and new expressways, and improved lifestyles.