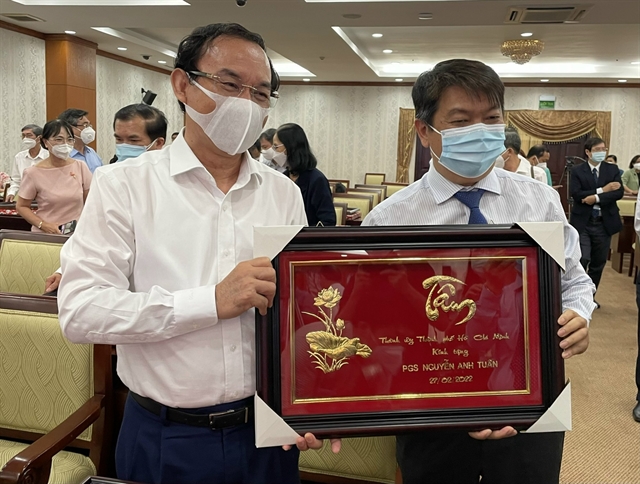 HCM CITY — Specialists abound but there is a dearth of general practitioners that undermines primary healthcare in the city, experts said on Monday.

Assoc. Prof. Tăng Chí Thượng, director of the municipal Department of Health, said at a meeting on February 21 that the city’s medical workforce had improved significantly in terms of quality and quantity over the past years.

However, he acknowledged that despite the improvements, the medical workforce had not been able to meet the demand for primary care, not just in the city in particular, but the southern region in general, he added.

Most fresh graduates from medical schools went on to pursue specializations and there were few pursuing primary healthcare, Thượng said.

Since grassroots health facilities had a limited number of primary health workers, hospitals were overloaded, he said.

To address the problem, fresh graduates from medical universities had recently been sent to practise at healthcare centres in communes and wards across the city on a pilot basis. The young doctors would be supported by seniors from general hospitals.

The aim was to improve the capacity of grassroots healthcare, he said.

Not enough medical workers, like public health workers or paramedics working at the 115 satellite emergency stations, had been trained to meet existing demand.

“The COVID-19 pandemic has clearly shown how important the grassroots healthcare system is,” Tuấn reiterated.

The city should amend its training models to address the shortcomings in the primary care system. For instance, fresh medical graduates should be trained in the field of public health care and family medicine before working at grassroots facilities, he said.

Health authorities should share information on human resources demand with educational establishments in order to address the current shortage of medical workers in some fields, he said.

Phan Văn Mãi, chairman of the city’s People’s Committee, praised senior academics and doctors for their dedication and contributions to training the medical workforce and their intrepid response to the COVID-19 pandemic.

The healthcare sector is considered a major pillar of the city’s socioeconomic recovery and development when the pandemic is brought under control, according to the chairman.

The city would implement several healthcare strategies to adapt safely to the pandemic, he said.

Mãi called on all professors and doctors to make highly effective use of their knowledge and experience by training the medical workforce that the city needs.

City leaders at Monday’s meeting talked with 119 professors and doctors who’ve made significant contributions to the city’s healthcare service and the training of medical workforce.

The meeting was part of a series of events organized to celebrate the Vietnamese Doctors’ Day, which falls on February 27. —VnExpress News