HCM City Labour Federation to support 200,000 workers in May 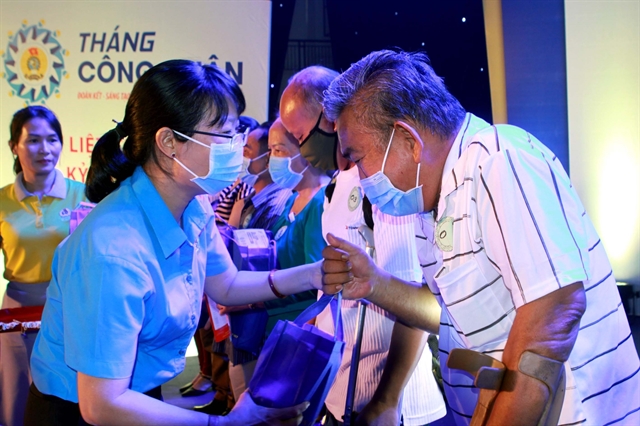 HCM CITY — The HCM City Labour Federation will spend around VNĐ100 billion (US$4.33 million) on a series of activities to deliver healthcare and financial support to 200,000 blue-collar workers during the 14th Workers Month in May.

The annual programme will focus on protecting the legitimate rights and interests of labour union members and workers.

It encourages competition movements to increase productivity and other initiatives for the development of their businesses and agencies and helps inspire solidarity and creativity among workers.

Labour unions at all levels would identify union members who are in need of support due to severe illness, accidents at work or financial difficulties, said Nguyễn Thành Đô, head of the federation’s legal policy department.

Around 200,000 workers would get meaningful support, he told a conference on April 14.

The federation planned to co-ordinate with the Traditional Medicine Institute to provide health checks for 10,000 workers who contracted COVID, he said.

Trần Đoàn Trung, deputy standing chairman of the city Labour Federation, said Workers Month would see a wide range of activities to ease the difficulties faced by workers due to the pandemic.

It was expected to kick-start movements for the accomplishment of targets set for this year, he said.

Dialogues and meetings between local authorities, businesses, trade unions, and workers, job fairs and skills contests will be held during the month.

The Workers Month opening ceremony will take place at the Labour Culture Palace on April 29.

The Action Month for Labour Safety and Hygiene will be held concurrently to raise awareness of labour safety and hygiene among workers and employers. —VnExpress News