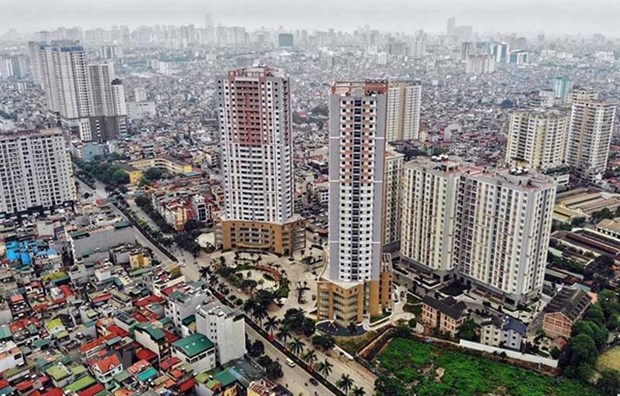 HCM CITY — The HCM City housing rental market is expected to recover sharply after Tết as students and workers return to what has been designated a ‘green zone’.

According to analysts, the market usually booms after Tết in the early part of the year and remains stable over the following months, but in the last two years, due to the impact of COVID- 19, the bottom fell out of it.

According to the statistics from Việt Nam’s largest online property portal, batdongsan.com, the rental yields through online platforms in the city has dropped to the lowest levels since 2019.

Other kinds of properties have also been in a similar gloomy situation since the pandemic began in 2020.

According to website Chợ Tốt, since October, when the epidemic was brought under control, the property market has been returning to its former robust self.

Hoàng Minh, a landlord in Gò Vấp District, told online newspaper VnExpress that the rental market has picked up as workers and students return to the city after Tết.

A spokesperson for the website said houses near industrial parks, production facilities and universities such as Thủ Đức City and districts Bình Thạnh, Phú Nhuận, 9, and 10 are in demand.

Kỳ Hoa, a landlord in Thủ Đức City, hoped that the pandemic would remain under control, enabling the rental market to recover. — VnExpress News