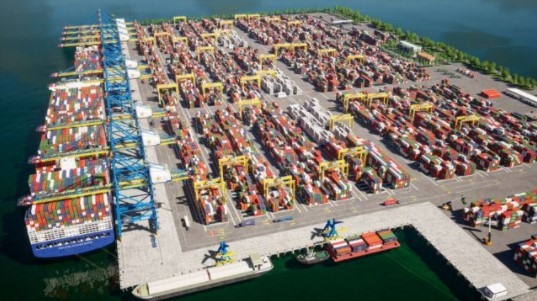 The expansion of the project, aimed at improving the efficiency of port operations and competitiveness with international ports in the region, will increase the length of two berths from 750m to 900m to accept container ships from 2,000 to 18,000 Teus; upgrade one berth to a capacity of 160 Teus from the old design of 48 Teus; and raise the port area from 47 ha to 58.4 ha.

The expansion also changes the investment from VNĐ6.4 trillion (US$278.2 million) to VNĐ8.9 trillion.

According to the investors, putting ports into operation will contribute to completing the goals of Việt Nam’s marine economic development strategy, ensuring national sovereignty at sea, making an important contribution to industrialisation and modernisation, and building a modern container port to meet the export and import needs of goods in the northern region directly to the European and American markets without having to transit through ports in Singapore, Hong Kong or Kaohsiung.

It will also take full advantage of natural conditions and geographical location to develop Đình Vũ – Cát Hải economic zone (including the seaport system, logistics and the industrial park behind the port), promoting the economy in Hải Phòng and the northern region.

After receiving the approval, Hateco Group Joint Stock Company commits to comply with the laws of the Government and put the project into operation in 2024 according to the schedule assigned by the Prime Minister. — VnExpress News