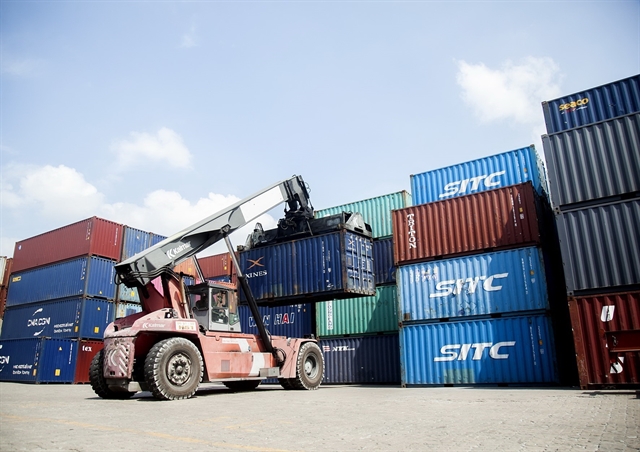 HCM CITY — The HCM City Department of Transport has proposed a 50 per cent cut in port infrastructure fees for international trade goods transported by inland waterways.

The department has submitted a document to the municipal People’s Committee asking for the fee adjustment two months after beginning automatic fee collection for the use of infrastructure and public services at ports.

The reduction in fees also seeks to encourage businesses to increase use of waterways and reduce pressure on road transport.

Earlier, business associations had proposed that the Prime Minister asks the city to stop collecting infrastructure fees at seaports.

They said that the proposed fees were very high and it was not the right time to implement a collection plan, adding that it would have negative impacts on business operations and the Government’s economic recovery and development programme.

In response, Deputy Prime Minister Lê Minh Khái has asked the city to adjust infrastructure fees at seaports by July. He said the city should take steps in consultation with other relevant agencies including the ministries of Finance, Transport, Industry and Trade, and Justice.

The city should continue to propagate and explain its rationale to businesses and associations to have their agreement on the collection of infrastructure fees at seaports, he said.

He has also asked the Ministry of Finance to cooperate with relevant ministries and agencies to supervise the price adjustments and report to the Government.

The automatic fee collection system, launched on April 1, is expected to fetch revenues of over VNĐ3 trillion (US$129 million) a year.

Goods meant for national defence, disaster relief and some other purposes are exempt.

The city has collected more than VNĐ500 billion ($21.5 million) via the automatic collection system to date. It plans to invest the amount in port connectivity projects, including new roads and upgrades to existing ones near ports, as well as improving waterways and inland ports. — VNS