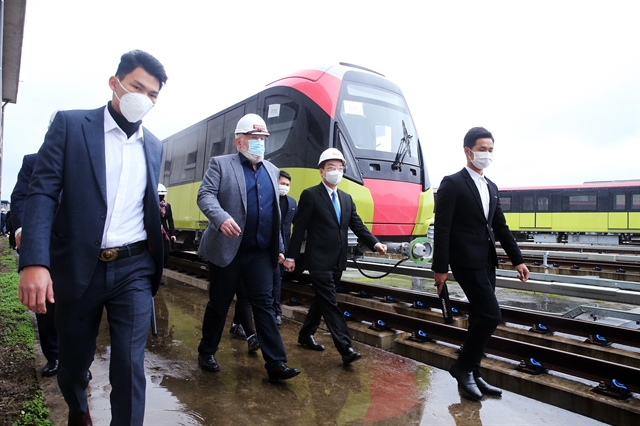 HÀ NỘI — Executive Vice President of the European Commission (EC) Frans Timmermans and a delegation of the EC inspected the construction site of the Nhổn – Hà Nội Station section of Hà Nội’s metro line No.3 on Saturday.

The delegation listened to a report on the urban railway system planning of Hà Nội and the Nhổn – Hà Nội Station metro project. They also inspected trains, travelled from S8 Station to a depot area and worked with agencies.

According to the Hà Nội Urban Railway Management Board, the line is 12.5km long. The route passes through eight elevated and four underground stations.

About 74 per cent of the workload of the project has been completed, it said, adding that nearly 95 per cent of the elevated section has been accomplished and is expected to be put into operation later this year. 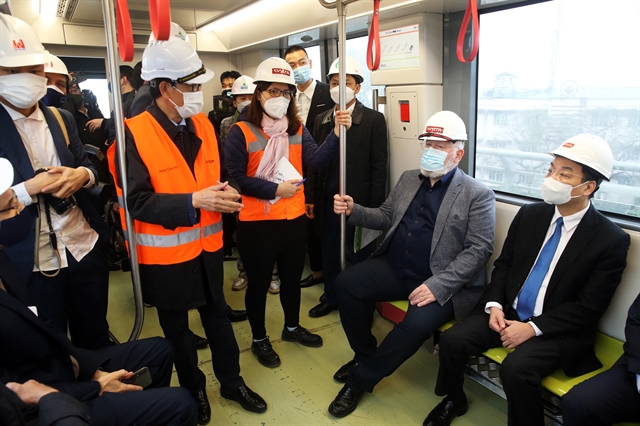 Executive Vice President of the European Commission Frans Timmermans and Chairman of the Hà Nội People’s Committee Chu Ngọc Anh listened to reports on the progress of Hà Nội’s metro line No.3 on Saturday while on a pilot run from Cầu Giấy Station to Nhổn depot. — VNA/VnExpress News Photo Lâm Khánh

Investment for the project comes from official development assistance of the French Government, the French Development Agency, the Asian Development Bank, and the European Investment Bank along with Việt Nam’s own capital.

Timmermans said he hoped that the project would overcome difficulties to be put into operation to solve traffic congestion, reduce CO2 emissions, protect the environment and develop the capital.

Chairman of the Hà Nội People’s Committee Chu Ngọc Anh said that despite facing many challenges due to the COVID-19 pandemic, the city’s administration had made efforts to speed up the project, considering it a key target for the city to achieve this year.

He said he wished for continued support from the European Commission for other lines in the urban railway network. — VnExpress News