The mountainous areas of northwest Việt Nam have turned into a winter wonderland as temperature dropped to below zero degrees celsius due to a strong cold spell.

In Xín Cái border commune, Hà Giang Province, the cold weather has significantly affected the lives of local people. During the day the temperature is below five degrees Celsius, and drop to -2 to -3 degrees Celsius at night. 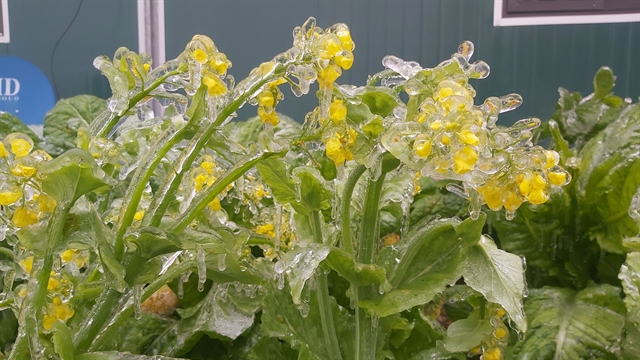 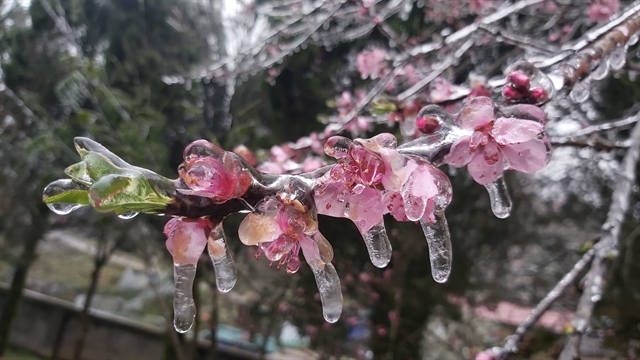 Snow covered the trees, freezing the roads creating a large white area, making it difficult for locals to travel.

But it still provided some beautiful photograph opportunities as the blanket of snow and frost covered the region. 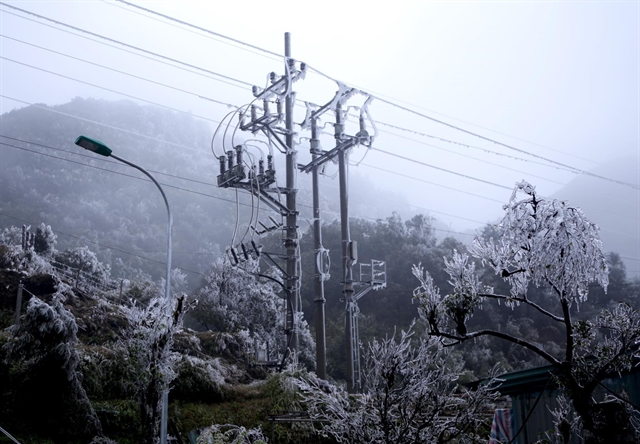 In Cao Bằng, the peaks of Phia Oắc, Vài Nòn, and Ca Dằm mountains in Bảo Lạc District are also covered with thick frost, creating an interesting natural scene. The temperature recorded at these peaks is at -2 degrees Celsius.

Despite the harsh weather, many tourists have flocked to the northern mountainous areas, where frost appeared, to go sightseeing at the weekend. 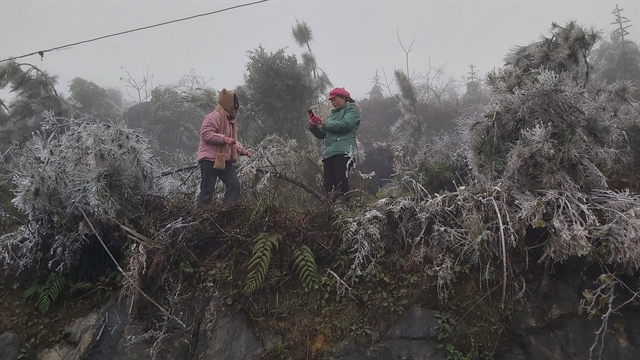 Marvelling at the majestic scenery of the snowy mountains, many visitors snap photos to capture these rare moments in life. VnExpress News