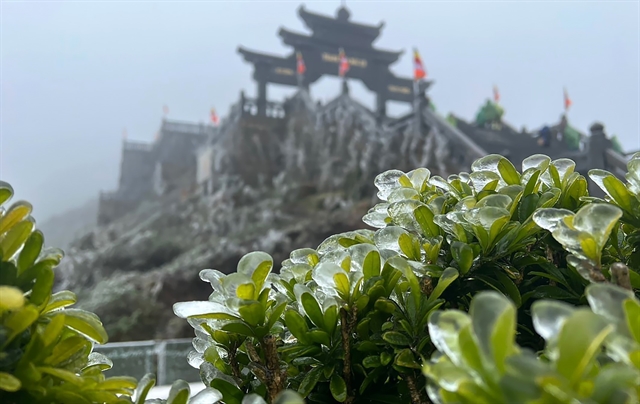 LÀO CAI — Frost appeared on Fansipan peak early Saturday as the temperature dropped below zero degrees Celsius due to a strong cold front sweeping through the northern region.

A thick layer of frost was seen on trees and flowers, creating a spectacular sight, attracting many visitors.

This is the second time the Fansipan peak has been covered in frost in the last six months.

The temperature is forecast to remain low on April 3, and frost is likely to stay on the mountain.

The strong cold spell taking place in late spring is usually the last significant one before summer arrives, known colloquially in Việt Nam and East Asian culture as a ‘Miss Bân cold,’ the equivalent of a ‘blackberry winter.’ — VnExpress News