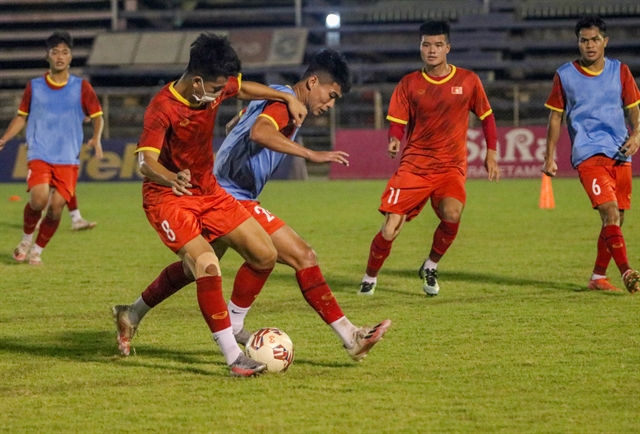 Players will be insured when training and competing at national football tournaments. Photo of VFF

It is the fifth year in a row that PTI has joined hands with the national football tournaments organisers in protecting players and referees from paying huge expenses because of unexpected injuries.

In the last four years, PTI has paid nearly VNĐ10 billion (US$438,000) in hundreds of cases, with highest amount covering VNĐ300 million ($13,000) for a player and VNĐ200 million for a referee for healthcare fees at top Asian sport hospitals.

“PTI is honoured to go along with players and referees in difficult situations of suffering injuries. We will pay expenses and offer the best support so that they would quickly recover and return to matches,” said Bùi Xuân Thu, PTI general director at the signing ceremony.

“For years working with VPF, I believe that our cooperation has strongly contributed to the development of national football tournaments and Việt Nam football. PTI will continue to improve our products and service, which will better support Việt Nam’s football development.”

Speaking at the event, VPF General Director Nguyễn Minh Ngọc said he appreciated PTI’s sponsorship of football, which helped players and officials be assured when competing and contributing in their careers.

He said almost 900 players and referees have been protected yearly since 2018. This played a key role in the success of tournaments.

There will be 325 matches in V.League 1, V.League 2 and the National Cup. — VnExpress News