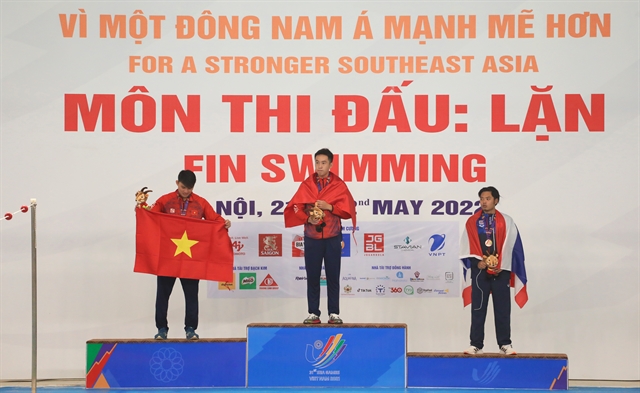 The hosts set four new records on the first day of the competition.

Nguyễn Thành Lộc finished first and broke the SEA Games record with a time of 34.82sec in the men’s 100m surface event.

His result passed the old record of 36.94 set by Nguyễn Trung Kiên in the 2011 Games in Indonesia.

Phạm Thị Thu added the second in the women’s 100m surface event. She won with a time of 40.41sec, another record. The previous best time of 40.61sec was set by Thu in qualification.

Cao Thị Duyên proved her talent in the women’s 100m bi-fins event, coming in at 49.04sec. Duyên broke the 50.41sec record she set in the morning.

The Vietnamese team finished first in the men’s 4x200m relay surface event, but the final result will not be announced until May 22 due to a complaint from Indonesia. 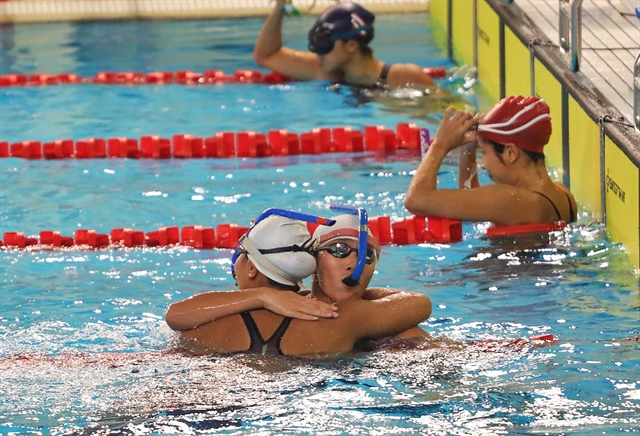 Athletes celebrate each other after finishing their event. — VNS Photo Đoàn Tùng

The other gold was in the women’s 4x200m relay surface event.

There are 13 finswimming events this Games. The remaining six will be held on May 22.

Việt Nam plan to take eight to nine gold medals to defend their top place in the table. — VNS 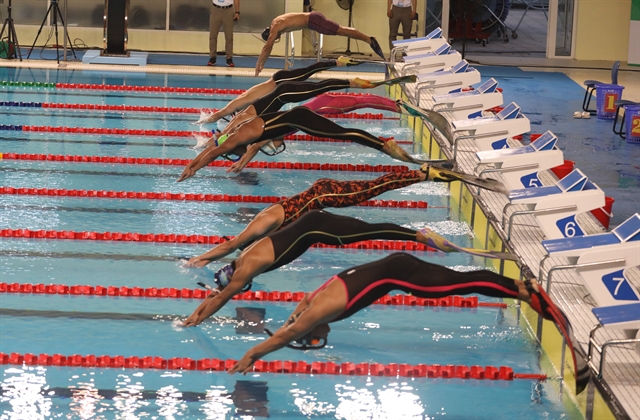