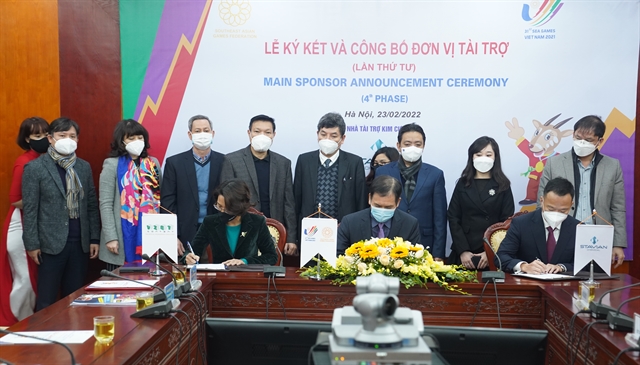 “We are honoured to be a diamond sponsor of the 31st SEA Games. We hope to contribute to the development of Việt Nam sport and ASEAN sport in general,” said Vũ Thùy Linh, Stavian Chemical’s Communications and PR Manager.

Stavian Chemical was established in 2009 and is one of the leading polymer distributors and manufacturers of packing in the region and the world. Stavian Chemical’s head office is in Việt Nam and has representative offices in many countries in Asia, Africa, America and is seeking markets in other destinations.

The world’s leading chocolate malt beverage Nestlé Milo has been a popular sponsorship name in Việt Nam sports for years. The brand has taken part in organising projects to improve local children’s health and fitness such as summer camp, football festival and basketball tournaments, as well as another event for all including E-Run and Olympic Day.

The company will help in providing the SEA Games’ Administration and Operation System in May.

With the help of these companies, organisers have lured more than 100 per cent of their sponsorship target of VNĐ70 billion (US$3.06 million) for the regional biennial Games, which Việt Nam is to host for the second time, according to Trần Thùy Chi, general director of Vietcontent, which takes charge of marketing and sponsorship activities.

The 2021 SEA Games is a special competition where organisers and competitors will not only fight for the best results but also resist the COVID-19 pandemic, which forced to delay the Games from last December to this May.

To date, the final touches are made to make sure a successful tournament from May 12 to May 23 in Hà Nội and 11 surrounding cities and provinces.

“Despite difficulties, especially COVID-19, our preparation is on track. About 90 per cent of the work is done. All facilities will be ready before March 18 when we will host a chief-de-mission meeting in Hà Nội,” said Trần Đức Phấn, deputy director of the Việt Nam Sports Administration.

“We will well-ensure 526 events of 40 sports with the participation of more than 10,000 athletes and officials. The 31st SEA Games will be safe, fair and quality following our slogan ‘For a Stronger South East Asia.'” — VnExpress News