Enjoying the charm of Hà Nội via night tours

HÀ NỘI — Visitors to Hà Nội for the 31st  Southeast Asian Games also have the opportunity to explore the charming beauty of the city at night, thanks to night tours to local destinations.

The night tours, which include Thăng Long Imperial Citadel, Hỏa Lò Prison Relic and a double-decker bus night tour, aim to popularise images of the 1,000-year-old capital and Việt Nam to international guests. 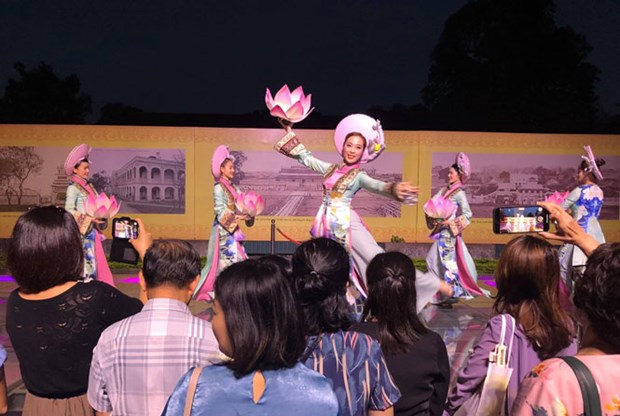 The Thăng Long Imperial Citadel, which was placed on the UNESCO list in August 2010, was built in the 11th century during the Lý Dynasty, marking the independence of the Đại Việt (Great Việt). The Imperial Citadel buildings and the remains at the 18 Hoàng Diệu archaeological site reflect a unique Southeast Asian culture specific to the lower Red River Delta.

The tour, named Decoding the Imperial Citadel of Thăng Long, was launched by the Thăng Long–Hà Nội Heritage Conservation Centre and the Hanoitourist travel company. It is available every weekend.

Travellers begin the 1.5-hour tour at Đoan Môn (Main Gate), the entrance to Cấm Thành (Forbidden area) – the king’s residence, and learn about the site’s history, architecture, and functions there.

They can later enjoy an old dance right on the glass covering the archaeological excavation area and gain an insight into this dig, which contains vestiges of the Lý, Trần and Lê Dynasties, with the help of tour guides’ knowledge. They will also visit an exhibition hall of rare antiquities, some of which date back over 1,000 years.

The last destination of this trip is the archaeological site at 18 Hoàng Diệu Street, where visitors can experience a laser light show of outstanding antiquities of the Thăng Long Imperial Citadel. Tourists can take part in a game in which they have to identify typical objects of feudal dynasties in the past. 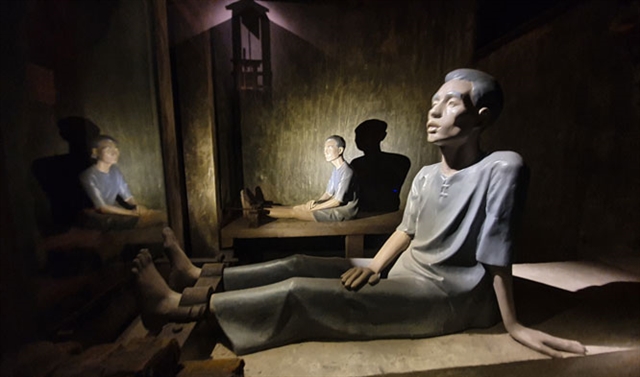 Night tour of Hỏa Lò Prison Relic will enable visitors to witness the harshness of the colonial prison during the wars in Việt Nam. Photo hanoimoi.com.vn

Hỏa Lò Prison, which was dubbed “Hell on Earth”, is a historical site located at 1 Hỏa Lò Street. The prison was built by the French in 1896 to detain thousands of Vietnamese revolutionary soldiers and activists.

In the 80-minute journey backwards in time, visitors will witness the harshness of the colonial prison during the wars in Việt Nam, the noble sacrifice of the national heroes and see the special spiritual space dedicated to the gratitude for the predecessors.

The space within the relic at night will utilise both light and sound effects to awaken visitors’ emotions and senses.

Tours exploring Hỏa Lò Prison at night will be conducted from 7 pm every Friday and Saturday. However, visitors need to book tickets about 3-4 days in advance to not miss this one-of-a-kind experience. 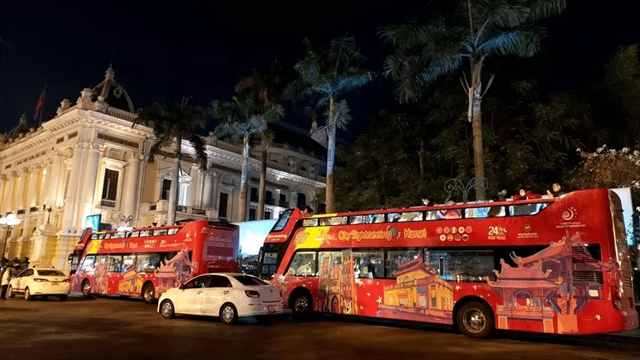 The double-decker buses have 13 stops going through over 30 famous attractions in Hà Nội. Photo kkday.com

Running at 6:15 pm and 7:30 pm on Saturday and Sunday, the double-decker bus night tour is an unforgettable experience for every tourist when visiting the capital city. The roofless 80-seat double-decker buses have 13 stops at over 30 famous attractions, such as the Hanoi Opera House, St. Joseph’s Cathedral and Hà Nội Flag Tower, allowing travellers to explore the city without the need for tour guides.

The bus is accessible to the elderly, children, and the handicapped. It is equipped with voice-over and multi-language auto-translation systems capable of introducing the landmarks, which tourists can use to decide whether to get off the bus for sightseeing or leave that stop. Free wifi, USB charging, refrigerators, and camera screens are also available to tourists onboard.