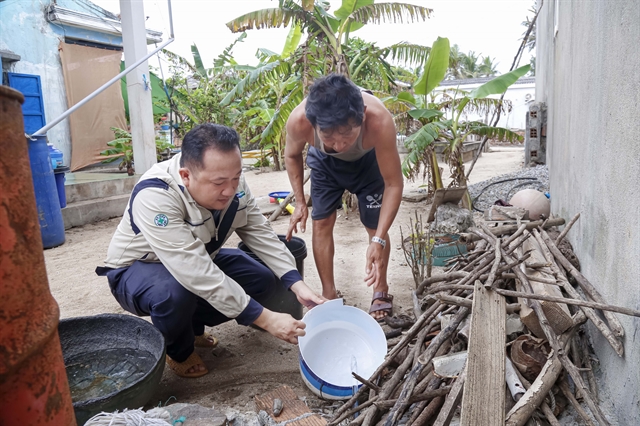 The two desalination plants can now operate six hours per day, and solar power produces about 40 cubic metres of fresh water a day for 500 residents in the dry season.

Doosan Vina said a total cost of more than VNĐ1 billion (more than US$46,000) had been used to cover the two maintenance works in 2020-2022, allowing the Reverse Osmosis (RO) water systems to operate well for the long-term providing enough water during a shortage of input power sources on the islet.

The islet cannot access the national grid, and diesel-driven generators only supply limited power to islanders and visitors.

In 2017, a 96 kWp (kilowatt peak for a solar module) solar power system was built on the islet to supply limited power for each family using bulbs, a TV set and fans only.

The two desalination plants with a value of nearly $1 million, donated by Doosan Vina, have provided daily fresh water supplies for more than 120 households since 2012.

An Bình Islet is an untouched eco-tour site off Quảng Ngãi Province. It has been designed as the first non-carbon site in Việt Nam with renewable energy projects using tidal power, solar power-driven stoves and Energy Storage Systems. — VNS