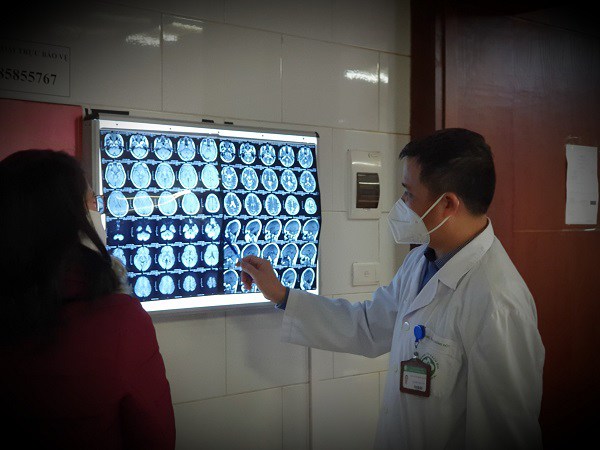 HÀ NỘI — Doctors have again warned against the use of coal fires in enclosed rooms due to the risk of accidental carbon monoxide poisoning, as the northern region plunged into a deep chill in recent days.

Bạch Mai Hospital in Hà Nội on Tuesday said its Poison Control Centre had received several cases of carbon monoxide poisoning due to the practice.

Late on Sunday, three members of the same family were hospitalised.

Lường Thị D. 68, her daughter Lường Thị H. 26, and her son Lường Mạnh T. 7 – a family from the northern province of Lai Châu – were staying in a 10 sq.m boarding room in Hà Nội on Sunday.

At about 7 pm, Lường Mạnh T. complained about the cold air after having a bath and his mother Lường Thị H. brought a charcoal stove into their room and locked the door to heat the room. By 10 pm, T. started to develop nausea and headaches, and the two women later experienced the same symptoms.

The family was urgently brought to the hospital and doctors found a high concentration of carbon monoxide in their blood. Thanks to prompt intervention, their health has largely stabilized.

Previously, the centre received a 62-year-old female patient, also suffering from carbon monoxide poisoning, but she was not as lucky and remains in serious condition with severe brain complications and neuropsychiatric problems. Her husband died at home from poisoning.

Earlier this month in the central province of Thanh Hoá, local authorities of Quảng Xương District said two people from a family died in their bedroom due to the use of stove for warmth.

On February 4, Trần Thị Chí, 66, his daughter Dương Thị Pha, 40, along with her two sons – Đặng Duy Anh, 12, and Đặng Văn Tú, 9, lit a stove fire before they went to sleep. The next morning family members discovered Chí and Tú had passed away, while Duy Anh and Pha were admitted to Thanh Hoá Province General Hospital in critical condition.

Breathing in carbon monoxide can lead to dizziness, nausea, chest pains, confusion and blurred visions, while a large amount can easily result in unconsciousness and death. Young children, pregnant women and the elderly are particularly at risk.

Nguyên said people should only use coal stoves in well-ventilated rooms, and refrain from using them in enclosed spaces even when the temperature becomes bitterly cold. — VnExpress News