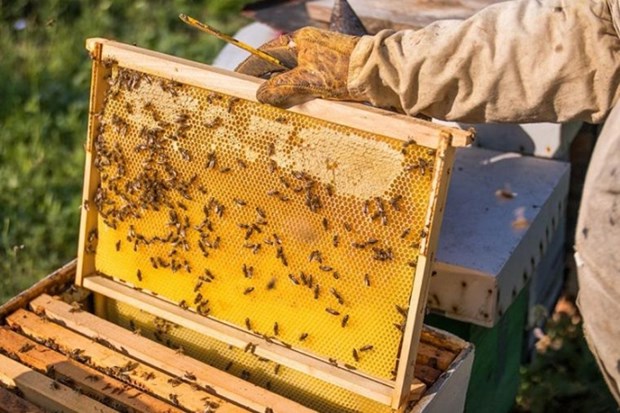 The US’ anti-dumping duties on Việt Nam’s honey exporters have been cut by almost sevenfold. — VNA/VnExpress News Photo

HÀ NỘI — The US Department of Commerce (DOC) has decided to decrease the anti-dumping tax for Vietnamese honey from more than 400 per cent to less than 60 per cent.

On April 8, the DOC issued the final conclusion on the tax rate in the anti-dumping case investigation of honey imported from Argentina, Brazil, India and Việt Nam. Accordingly, the anti-dumping tax for Vietnamese enterprises has been decreased sharply, from 410.9 – 413.99 per cent in the preliminary conclusion to 58.74 – 61.27 per cent.

According to a representative of the Ministry of Industry and Trade (MoIT), the results showed the important role of the honey production and export industry in cooperating with the investigating agency.

On November 17, 2021, the DOC announced a preliminary conclusion that Vietnamese honey was being dumped into the US with a margin of between 410.93 and 413.99 per cent (Buôn Mê Thuột Honey JSC – 413.99 per cent, Đắk Lắk Honey JSC – 410.93 per cent) and imposed a respective temporary tax while the dumping margin of the remaining four countries, Argentina, Brazil, India, and Ukraine, was from 6.24 to 49.44 per cent.

The preliminary conclusion negatively impacted exporters and the lives of 35,000 Vietnamese beekeepers, mainly in poor economic areas facing difficulties during the pandemic, affecting the ecological balance and crop productivity in the locality.

According to the Ministry of Agriculture and Rural Development (MARD), US honey producers only meet 25 per cent of domestic demand and cannot supply the US market with the amount of raw honey required for food processing.

With supply chains affected by the pandemic and increased gasoline prices, stable honey supply from Việt Nam will contribute to stabilising food prices using raw honey and ensure the employment of labourers in the food processing industry in some US states, such as Indiana, benefiting bilateral trade between the two countries, said MARD.

During the investigation, the MoIT coordinated with the ministries and branches to express their views to the US side, requesting the US to make an objective and fair assessment and strictly comply with the provisions of the World Trade Organisation (WTO).

MoIT said: “The DOC has listened to the parties’ opinions and has partially adjusted the calculation method.” However, it said that: “The result still does not reflect the actual situation of honey production and exports of Việt Nam.”

According to ITC statistics, Việt Nam’s honey export volume to the US in 2021 reached 56,133 tonnes with a turnover of about US$82.1 million.

The MoIT will continue to coordinate with relevant ministries and branches, the Việt Nam Beekeeping Association and Vietnamese honey exporters to discuss the following stages (damage assessment and anti-dumping tax review) with US agencies.

At the same time, the MoIT said it would also implement trade promotion activities to support honey processing enterprises to promote consumption in the domestic market and access other markets, effectively exploiting the benefits of honey from other markets that have FTAs with Việt Nam. — VnExpress News