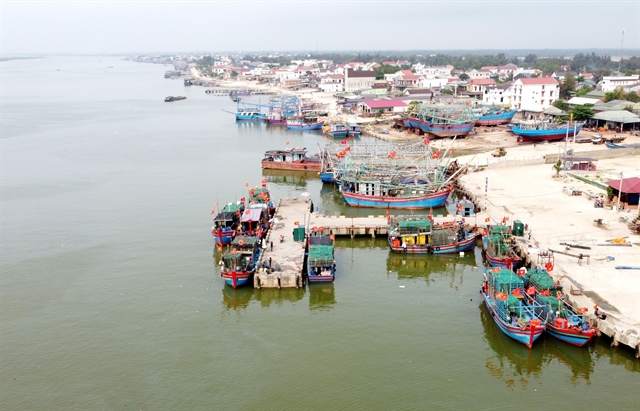 “In fact, these risks are evolving faster and faster. If we don’t take decisive and strong measures in time to better protect the oceans, many islands, sea areas and the ecosystems on our planet will disappear by 2100 due to sea level rise,” he said. “This is a huge challenge for many countries and peoples.”

“Therefore, sustainable ocean economic development, limiting and adapting to climate change is the imperative of all of us, expressing the common concern of humanity and can only be achieved on the basis of cooperation, global solidarity, respecting each country’s sovereignty, in accordance with the 1982 United Nations Convention on the Law of the Sea,” Thành said.

The two-day conference, organised by the Ministry of Natural Resources and Environment of Việt Nam, the Ministry of Foreign Affairs of Norway and the UN Development Programme (UNDP), focuses on contribution of fisheries and aquaculture to the economy and sustainable development during and after the COVID-19 pandemic; the impacts of COVID-19 on cruise tourism and development strategies for a sustainable industry; and measures to promote recovery after COVID-19.

On the sidelines of the conference, the Việt Nam Administration of Seas and Islands, under the Ministry of Natural Resources and Environment and the UNDP held a ceremony to announce the report “Blue sea economy – Towards a scenario of sustainable development of the marine economy” within the framework of the “Blue Sea Economy” report.

The blue scenario brings outstanding benefits in terms of GDP contribution, Gross National Income (GNI) of marine economic sectors and per capita income for marine workers. The study shows that with the applied blue scenario, the GDP of the blue scenario will be VNĐ296 trillion (US$12.9 billion) higher than the base scenario in 2025 and VNĐ538 trillion ($23 billion) by 2030.

Caitlin Wiesen, UNDP Resident Representative in Việt Nam, said: “It is important to accelerate the marine spatial planning and policies that are needed for Việt Nam’s fishing and aquaculture, and marine renewable energy – particularly offshore wind, biodiversity ecosystem services, and tourism – it is crucial to balance the growth of these closely linked sectors, because the development of one industry can affect other industries.”

Tạ Đình Thi, Deputy Chairman of the National Assembly’s Committee on Science, Technology and Environment and former Director General of Việt Nam’s General Administration of Seas and Islands, said: “The report gives a number of important recommendations to promote blue economic growth in Việt Nam, contributing to the successful implementation of the Strategy for Sustainable Development of Việt Nam’s marine economy to 2030, with a vision to 2045, and the United Nations’ sustainable development goals, including SDG14 on the conservation and sustainable use of the oceans, seas and marine resources.”

The report assesses the contribution of Blue Economy to socio-economic development in Việt Nam. It will help support the implementation of the objectives of the Strategy for Sustainable Development of Việt Nam’s Marine Economy to 2030, with a vision to 2045. In addition, the report can assist Việt Nam in clarifying its socio-economic development goals, sustainable development goals (SDGs) and the rational use and protection of marine resources sustainability, as well as support to achieve net-zero emissions by 2050.

Caitlin Wiesen said: “The report includes six main marine economic sectors: fisheries, renewable energy, oil and gas, tourism, transportation, environment and ecology. First, a day-by-day baseline scenario up to 2030 is developed based on the policy and current situation of the sector up to 2030. Next, the blue scenario is developed with the aim of optimising the benefits of the economic, social and environmental issues. Research shows that the blue scenarios outperform the baselines in terms of GDP and per capita income for all industries.

“In the context of the COVID-19 pandemic, key marine economic sectors were greatly affected, and small-scale marine workers were most affected. What is needed now is to promote a blue economic recovery in a sustainable and equitable manner. This report makes recommendations on how Việt Nam can develop a blue economy that meets the needs of both the planet and people, where no one is left behind.” — – VnExpress News