QUẢNG NINH — A Bugatti Chiron will set you back a whopping $2 million, but not in Việt Nam! This carbon copy sure looks the real deal but it was made by hand by a group of clever car fanatics in their backyard.

Led by the 24-year-old Vũ Đức Sang, the group has been working on this project since March 2021, planning and designing all the details by hand. 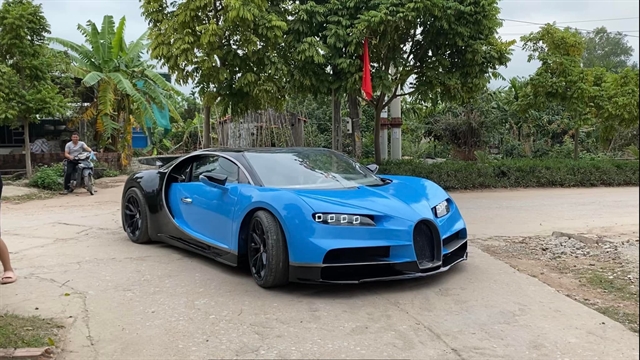 With no automobile mechanical experience, the team had to learn from the internet, and through lots of trials and errors.

The car was then shaped using clay, plaster, fibreglass, and plastic composites, with a steel frame holding everything together.

Sang, the team leader said: “Our goal when making this car is to make it as similar to the original as we can, down to the details and finish.” 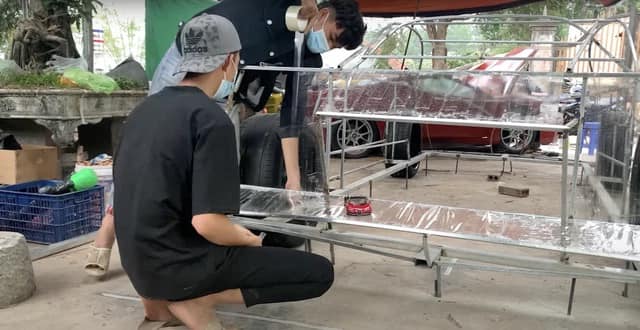 The team working on the steel frame for the car. — Photo courtesy of Vũ Văn Nam 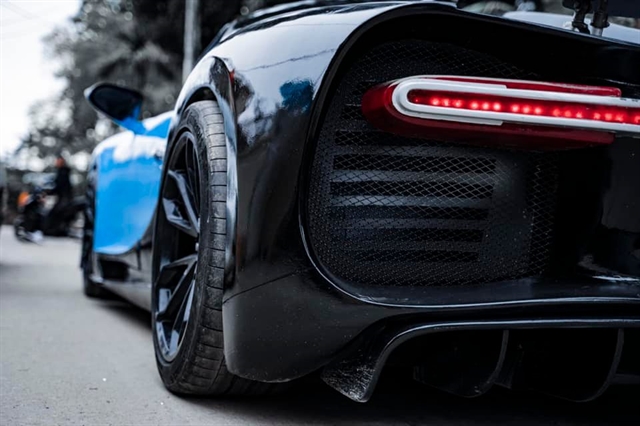 The car turns heads on the streets in Việt Nam. — Photo courtesy of Vũ Văn Nam

The model was then powered with a modified 1998 Toyota Corolla engine.

One year and VNĐ600 million (US$26,000) later, they completed the exterior of the car. The whole process was regularly updated on their YouTube channel with more than one million subscribers.

Prior to the Bugatti Chiron, the team had already made numerous copies of luxury vehicles, including the Ferrari 488 GTB and the Lamborghini Aventador SVJ. — VnExpress News