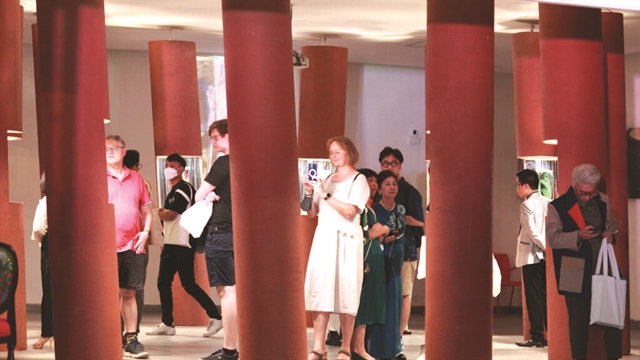 HÀ NỘI — A collection of ceramic boots created by the late People’s Artisan Vũ Thắng is on display at a show entitled The Bát Tràng Ceramic Boots – An Inspiration From Italy for the first time at Casa Italia.

The full collection includes 12 boots which were made in ceramic and embossed with traditional Vietnamese motifs. The collection was made by Thắng and a partial showcase took place at the Đẹp Fashion Show in 2011.

Classical Vietnamese elements and colours blend with Italian elegance and style making every ceramic work an extraordinary piece of art.

The boots are set in 12 poles at the exhibition, drawing inspiration from Italy’s Leaning Tower of Pisa.

“It is very touching,” said Italian ambassador Antonio Alessandro at the exhibition opening ceremony. “Italy is known around the world for its shape as a boot. The show makes me very happy and also proud to have such great artists here in Việt Nam.”

Talented craftspeople from a 700-year-old Vietnamese village and Italy, the “boot-shaped country”, have much in common despite their geographical distance.

They are both expressions of people’s creativity and skill, and are deeply connected to each country’s traditions and cultural heritage.

After graduating in ceramic arts at Hà Nội University of Industry, the late artisan Thắng dedicated his career to gathering knowledge of fine arts.

Throughout his almost 50-year career, he continuously researched and experimented with techniques while prioritising materials sourced in Việt Nam.

He engraved those motifs on ceramics, enameling them delicately with layers of colours. This process created depth and a bold expression that became his signature trait.

“The boot collection is the most unique work of Thắng,” said Nguyễn Văn Huy, former director of Việt Nam Museum of Ethnology.

“He was one of the best artisans of Bát Tràng Village to combine the quintessence of traditional landscapes with a contemporary philosophy resulting in highly creative and unique pieces. His creations make Bát Tràng traditional craft works modern.” 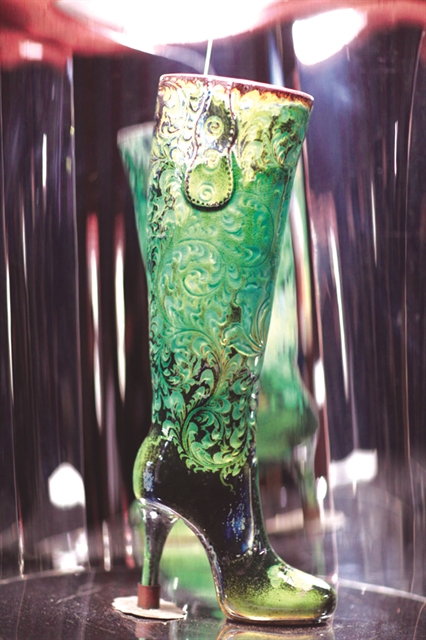 The collection of ceramic boots is on display for the first time at Casa Italia.

The Bát Tràng Museum which was established by Thắng in 2016 launched the website battrang.museum, a digital information platform about contemporary ceramic art in Việt Nam and Bát Tràng traditional ceramic village.

The exhibition runs until May 3 at Casa Italia, 18 Lê Phụng Hiểu Street from 9am to 10pm daily. — VnExpress News