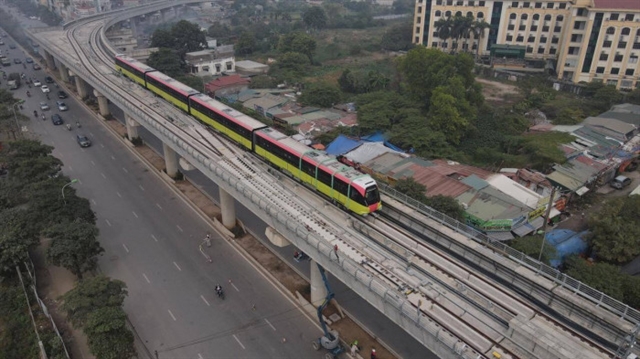 This will be the extension of the ongoing Nhổn-Hà Nội Station metro project that runs through the districts of Bắc Từ Liêm, Nam Từ Liêm, Cầu Giấy, Ba Đình, Đống Đa and Hoàn Kiếm.

The pre-feasibility study of the Hà Nội Station-Hoàng Mai metro project will finish by 2024.

The investment for the technical supporting project serving the pre-feasibility study is VNĐ343 billion (US$14.9 million), with one of the investors being the Hà Nội Metropolitan Railway Management Board. Other investment will include VNĐ49 billion from the counterpart fund of Hà Nội, and the rest from the ODA from ADB and EU.

The total investment for the Hà Nội Station-Hoàng Mai metro line is approximately VNĐ40.6 trillion (US$1.8 billion), including VNĐ34.2 trillion from the ODA from the ADB, French Development Agency, Reconstruction Credit Institute (Kreditanstalt für Wiederaufbau – KfW), and nearly VNĐ6.3 trillion from counterpart fund of Hà Nội City, which will be used for land clearance, resettlement, project management, tax and other costs.

The proposal said the metro line is expected to operate in January 2028.

The trains are expected to be operated at 35km per hour on average and 80km per hour maximum, the same speed as metros in Paris, Berlin, and cities in Asia. — VnExpress News