HÀ NỘI — To celebrate the 68th anniversary of the nation’s greatest victory, the battle of Điện Biên Phủ (May 7, 1954), a large-scale oil on canvas painting by Mai Duy Minh will go on display at an exhibition in Hà Nội from Saturday.

The painting “Điện Biên Phủ” is 190x490cm and is the result of ten years of tireless work by Minh, which began with a brainstorming process and finished with the completion of the project at the end of 2021.

This is one of the exhibition’s two feature paintings. The second, named “General Võ Nguyên Giáp”, has a scale of 89x89cm and was completed over four years from 2017 to 2021. 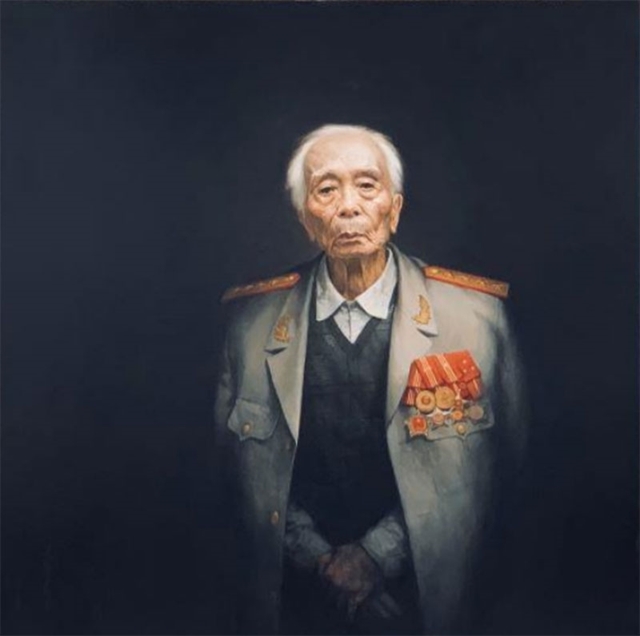 As a person who was born and raised in peace, Minh’s trips to Điện Biên to meet with veterans and read documents relating to the nine-year-long resistance war were his way of searching for ideas and inspirations to complete the artwork.

“It took me a decade to create these two paintings because I didn’t want them to be just an illustration of an event or depicting a sublime moment,” Minh said.

“The painting “Điện Biên Phủ” has undergone many transformations. Through each transformation, ideas were sharpened and more condensed both in terms of composition, perspective, colour and characters.

“Likewise with the painting of “General Võ Nguyên Giáp”. The answer is also to express my artistic opinion,” he added.

Mai Duy Minh was born in 1976, in Hải Phòng. He previously had two solo exhibitions: “Bụi đời” (Dust of Life) in 2006 at Goethe-Institut and “Tổ Hợp Không Gian” (Space Complex) in 2002 at the Atena gallery, as well as several group exhibitions.

In 2010, he received an award from the Vietnam Fine Arts Association.

The Battle of Điện Biên Phủ was a fight between the French Union’s colonial Far East Expeditionary Corps and Việt Minh communist revolutionaries, in which the victory belonged to the Vietnamese side. The win was a vital part of the war against the French colonials.

The “Điện Biên Phủ” exhibition will take place from May 7 to May 20, at the Việt Nam University of Fine Arts. – VnExpress News