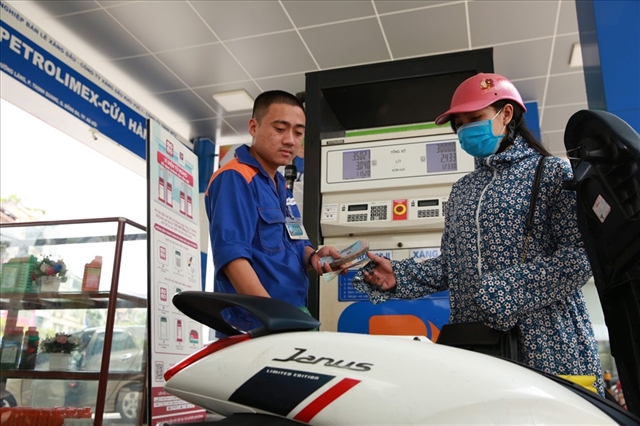 A man refilling a motorbike at a petrol station. Domestic fuel prices have been increasing steadily owing to a volatile world fuel market. Photo laodong.vn

HÀ NỘI — The State Bank of Vietnam (SBV) has issued Document No 1509, asking commercial banks to raise credit limits for a number of fuel firms, particularly those who import extra fuel at the request of the Ministry of Industry and Trade (MoIT).

The list of the firms and the importers can be found on the ministry’s website and in Decision No 242.

SBV said that commercial banks evaluate and grant credit extensions to the above-mentioned firms in accordance with current banking regulations.

In case issues arise during the evaluation and approval process, they have to report on the issues to the Governor of the SBV.

They are also requested to report each month to the Department of Credit for Economic Sectors on any credit granted to the firms.

Additionally, they are urged to step up reforms, simplify internal processes and diversify their banking products to facilitate credit.

Amid a volatile world fuel market, the Prime Minister has called on relevant authorities to look at ways to stabilise domestic fuel supply.

SBV has issued the document to keep fuel shortages at bay.