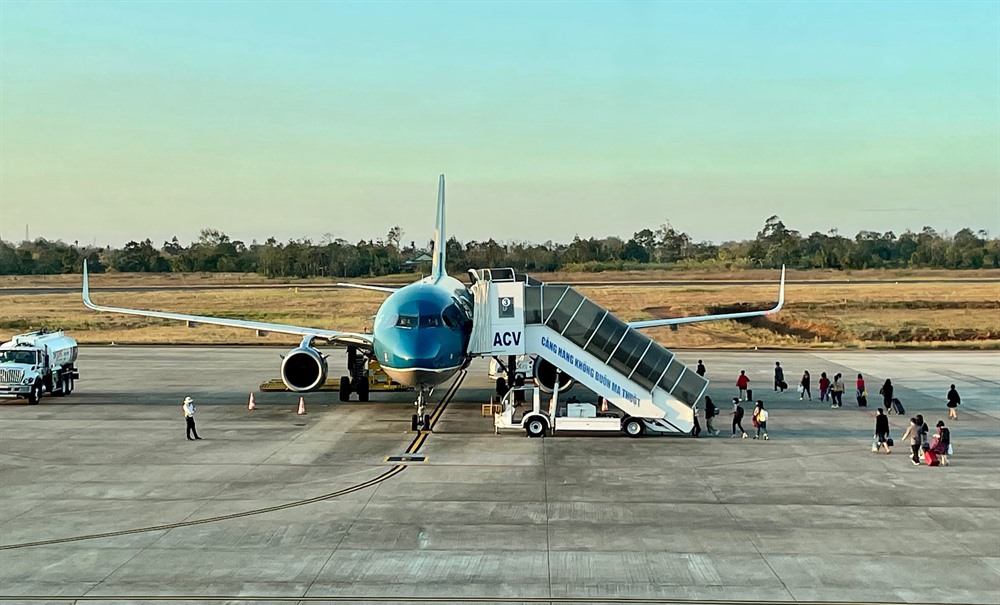 At the seminar “Restoring and developing Việt Nam’s aviation industry in a new context” organised by Communist Review, in collaboration with the Ministry of Transport (MoT), experts said the air transport industry has been seriously affected and they urge the government to create the market and the development corridor as a key to return to the growth trajectory of the aviation industry.

Đinh Việt Thắng, director of the Civil Aviation Authority of Việt Nam (CAAV) said: “The COVID-19 pandemic has delayed the development of the aviation industry and caused negative consequences for units in the air transport chain, especially the national airline Vietnam Airlines.”

He added Việt Nam’s aviation market dropped sharply in the 2020-21 period with a decrease of 42.1 per cent and 80 per cent respectively compared to 2019. At the same time, Thắng said the local airlines have had to struggle, manage and implement all self-advocacy solutions as well as receive support from State management agencies to maintain operations until the market recovers.

The director assessed that by 2022 the aviation market had signs of recovery, especially the domestic market, which is a positive signal for the operation of the aviation industry, contributing to mitigating difficulties and creating favourable conditions for the aviation industry and momentum for recovery and development in the coming years.

However, he said, signs of recovery were only seen in the domestic market. The international market, which brings more than 60 per cent of revenue for Vietnamese airlines, is still facing many difficulties compared to the pre-epidemic level in 2019.

He told the seminar: “Currently, although Vietnamese and international airlines have restored most of the routes to traditional markets, the number of international visitors is still mainly official, visiting relatives, and doing business. The number of tourists, the main source of passengers of the aviation industry is still very limited.”

On the other hand, due to the impact of COVID-19 internationally, people’s incomes have been greatly affected, so there is a tendency to tighten spending and consumption.

Thắng added: “The recent continuous increase in fuel prices, which shows no signs of abating, has put pressure on the costs of airline operations, which are very heavy. Not to mention, the Russia-Ukraine conflict also affects the European routes of Vietnamese airlines when they have to fly around, incurring additional costs.”

However, not all markets or market segments recovered at the same rate. According to IATA, the Asia-Pacific region is lagging in the recovery process and it is forecasted that it will not be until 2024 that this region will reach 97 per cent compared to 2019.

At the seminar, Professor Trần Thọ Đạt, of the National Economics University said the prospect of developing Vietnamese aviation this year and the next time was seen clearly, saying: “Airlines industry is likely to be the field leading the recovery wave after the pandemic with a series of domestic and international routes restored and expanded.”

Đạt said the financial health of airlines was a key factor in the aviation recovery, adding most airlines were struggling for financial resources and cash flow to maintain operations, in addition to restructuring airlines to reduce costs.

He appreciates the Government has many policies and solutions to support and remove difficulties for businesses in the aviation industry, such as reducing prices in specialised aviation services and fees; reducing insurance taxes, environmental protection for jet fuel; support for refinancing and extension of tax payment deadlines in the period of 2020-2021.

Đạt said: “These policies have very effectively supported businesses in the aviation industry by reducing financial pressure. Its effectiveness has been proven as not a single Vietnamese airline enterprise in Việt Nam went bankrupt and stopped operating due to the impact of the COVID-19.”

CAAV’s director Thắng said that aviation businesses can receive the 2 per cent interest rate support in two years 2022-2023 through commercial banks, adding they could also continue enjoying a 50 per cent environmental protection tax for 2022.

Seeing the support, many participants at the seminar suggested that the Government facilitate access to capital and sustainable cash flow for aviation enterprises to recover and develop soon.

They also asked the State Bank of Việt Nam to speed up the credit support package for businesses; remove some constraints on price policy such as adjusting the ceiling price of air tickets; allowing airlines to collect fuel surcharges for domestic flights and air service price support. — VNS