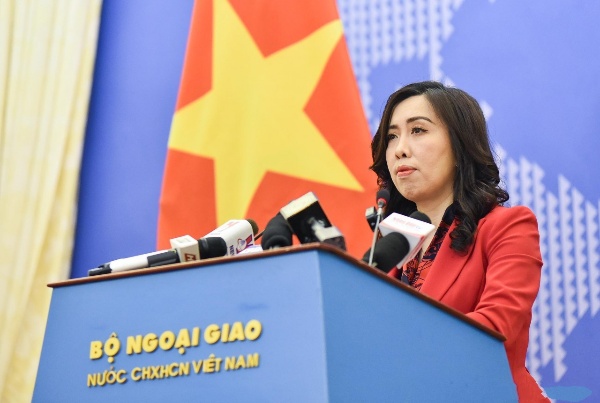 HÀ NỘI — The ASEAN Foreign Ministers’ Retreat, originally scheduled for January 18-19 in Siem Reap, Cambodia, was suspended mostly due to concerns over the risks posed by the Omicron variant and the fact that several ASEAN foreign ministers were unable to attend, according to Ministry of Foreign Affairs spokesperson Lê Thị Thu Hằng on Thursday.

“Cambodia is actively working with other ASEAN members to determine the appropriate timing and method of convening this meeting in the future,” she said.

Việt Nam will proactively work with the ASEAN Chair and ASEAN members on the organisation of the event, an annual meeting of ASEAN setting priorities of the region for this year, as well as discussing other issues of the block, Hằng said.

“As an active and responsible member of ASEAN, Việt Nam strives to promote cooperation and solidarity within the association. Việt Nam will work closely with ASEAN Chair and other ASEAN members to promote the ASEAN community building process and the implementation of the five-point consensus for the interest of people and peace, security, stability and cooperation in the region and the world,” she said.

Asked for comments on Cambodian Prime Minister Hun Sen’s visit to Myanmar, the spokesperson said: “According to the joint communique between the two countries, this visit is a bilateral event to strengthen cooperation between the two sides and review regional issues of mutual interest.”

Responding to a question about Việt Nam’s stance on Myanmar issues, Hằng said: “As a neibouring country to Myanmar and a member of ASEAN, Việt Nam hopes that the situation in Myanmar will soon stabilise for the sake of nation-building and development and the benefits of the people of Myanmar so that the country may continue contributing to a unified ASEAN Community.”

ASEAN operates on a basis of consultation, dialogue and cooperation through the ASEAN Charter, Hằng said.

“With the difficulties that Myanmar is facing, ASEAN is making efforts to support Myanmar especially in terms of humanitarian aid,” she said. — VnExpress News