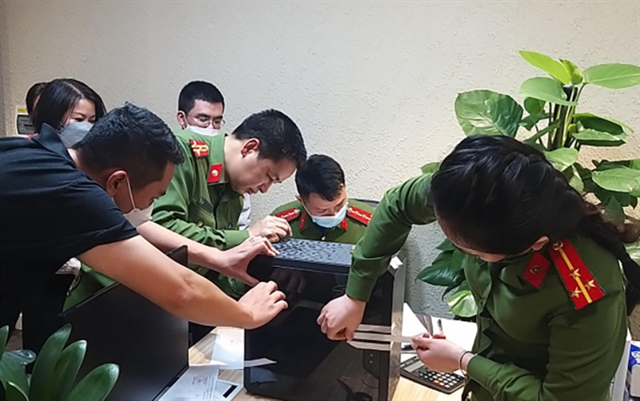 On Tuesday, the agency decided to prosecute and executed the arrest warrant for Nga, citing Article 21 of the Criminal Code.

According to the agency, Nga was an accomplice to her brother Quyết in stock market manipulation.

Nga, 43, is a member of the Board of Directors and Deputy CEO of BOS Securities Company. Quyết used to be the company’s Chairman of the Board.

On Monday evening, Trịnh Thị Minh Huế, another one of Quyết’s sisters and an officer of the Accounting Department of FLC Group, was also arrested for stock market manipulation.

According to documents, from December 1, 2021, to January 10, Quyết directed individuals managing BOS Securities Company, subsidiaries and satellite companies to use 20 stock accounts of 11 institutions to continuously trade on the market with high frequency, creating artificial demand and supply.

After share prices hit the ceiling prices, the former CEO of FLC Group directed his family to sell 74.8 million shares at the price of VNĐ22,586 per share without disclosing.

The total revenue from the sale was nearly VNĐ1.7 trillion.

Immediately after the sale, the State Security Committee cancelled the transaction and refunded investors who bought FLC shares during the trade. — VnExpress News