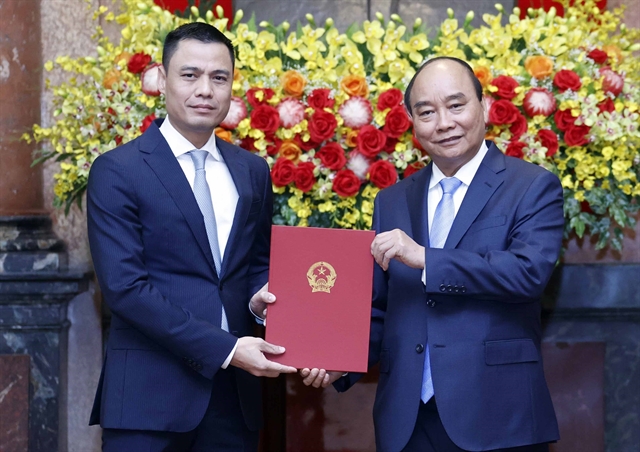 HÀ NỘI — Ambassador Đặng Hoàng Giang began his tenure as Head of the Permanent Delegation of Việt Nam to the United Nations (UN) in New York on Thursday.

President Nguyễn Xuân Phúc appointed him to the post on January 20.

The 45-year-old diplomat has many years of experience in multilateral diplomacy. He worked at the Vietnamese Delegation to the UN in 2007-10 and held the position of political coordinator when Việt Nam served as a non-permanent member of the UN Security Council for the first time in 2008-2009.

He was appointed Deputy Minister of Foreign Affairs in March 2021. 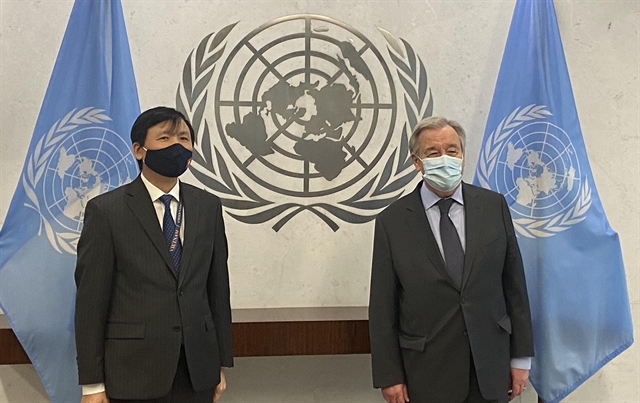 Ambassador Đặng Đình Quý bade farewell to UN Secretary-General António at the end of his tenure as the Head of the Permanent Delegation of Việt Nam to the United Nations in New York. — Photo from the Ministry of Foreign Affairs

Giang’s predecessor, Ambassador Đặng Đình Quý, concluded his tenure in New York and left for Việt Nam on Wednesday after holding the position since 2018 July.

Before the end of his term, Ambassador Quý had meetings and bid farewells to UN Secretary-General António Guterres, UN Deputy Secretary-General for Peacekeeping Operations Jean-Pierre Lacroix, ambassadors and heads of delegations of UN member countries, and other partners and friends.

UN representatives, ambassadors, partners and local friends expressed their appreciation for the substantial contributions of Việt Nam and the Ambassador personally to the UN, contributing to enhancing the position of Việt Nam’s profile on the international stage.

His tenure saw Việt Nam elected for the second time as a non-permanent member of the UN Security Council.

In 2020, the Ambassador assumed the role of Chairman of the ASEAN Committee in New York and pushed for the United Nations General Assembly to adopt a Resolution on ASEAN-UN Cooperation with 110 co-sponsors and promote the adoption of the UN General Assembly’s resolution to mark December 27 as the International Day of Epidemic Preparedness with 115 co-sponsors.

In 2021, Ambassador Quý also founded the Group of Friends on the 1982 UN Convention on the Law of the Sea with the participation of 112 member countries.— VnExpress News