The Giang brothers have broken their own world record for steps climbed while balancing a person on the head at the same venue they set their earlier record.

Co said since the church only had 90 steps, the event organizers built 10 more for them to carry out the challenge. 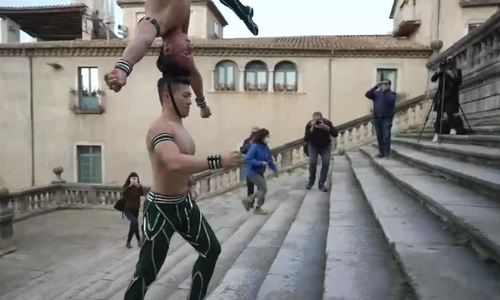 “The new steps have a different height and material compared to the 90 existing ones. We did not have the chance to practice on these 10 steps in advance.

“We used our experience, maintained steady breathing and foot rates and a moderate speed to successfully reach the finish line”.

Hong Phuong, Co’s wife, said: “We are very happy to hear he has set a new record. Before that, my family and I were very worried the weather and his past injuries might affect his performance”.

Attending the event were church and Girona city officials.

Until then the record had belonged to a pair of Chinese circus artists, who had climbed 25 steps in one minute in Fujian Province in 2014.

In 2018, the Vietnamese brothers set another record in Italy by walking up and down 10 steps while blindfolded, completing the act in just 53.97 seconds.

Co and Nghiep will stay in Spain for a few days and return to Vietnam on January 2.

When people go to extreme lengths to save money