4 Vietnam photos short-listed for top award in US contest

Four photos capturing daily life and traditions in Vietnam have been named among the 60 finalists in an annual contest organized by American magazine Smithsonian.

The 60 finalists are in six categories, Natural World, American Experience, Travel, People, Altered Images, and Mobile, and were selected from more than 44,000 entries from 144 countries and territories.

This entry from HCMC photographer Nguyen Tan Tuan showing a woman drying fish in Long Hai village in the southern Ba Ria-Vung Tau Province made the short list in the Travel category in the official journal published by the Smithsonian Institution, which describes itself as the world’s largest museum, education and research complex.

This one in the People category taken by Nguyen Van Hop in April 2021 shows the ethnic Jrai people in the Central Highlands province of Gia Lai dancing, playing gongs and stilt walking, all traditional cultural features of their festivals.

Another in the People category shot by Dang Hong Long shows workers drying silk after dyeing it in Bao Loc Town in another Central Highlands province, Lam Dong.

Bao Loc, dubbed the ‘silk kingdom,’ is one of the largest producers of silk in the country.

The public can check out the contest page and vote for the Reader’s Choice winner until the end of this month. The Grand Prize winner will get a cash award of US$2,500. 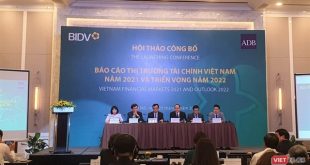 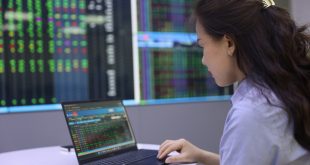