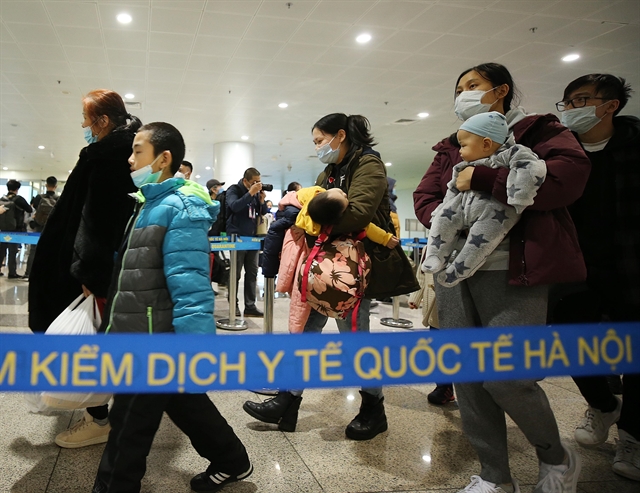 Vietnamese children return home with their parents on the repatriation flight after fleeing from Ukraine. — VNA/VnExpress News Photo Lâm Khánh

Departing from Warsaw, Poland, half of the passengers on the Boeing 787 were young children, including 18 children under two years old.

There were also 48 people aged over 60, along many women, and people with health conditions.

Flight No QH9066 of Bamboo Airways is the second flight for nationals fleeing from war-torn Ukraine, and the first to depart from Poland.

Among the passengers was Nguyễn Thị Kim Vân who was living in Kyiv, Ukraine. At the age of 75, she is one of the oldest on the repatriation flight from Warsaw. 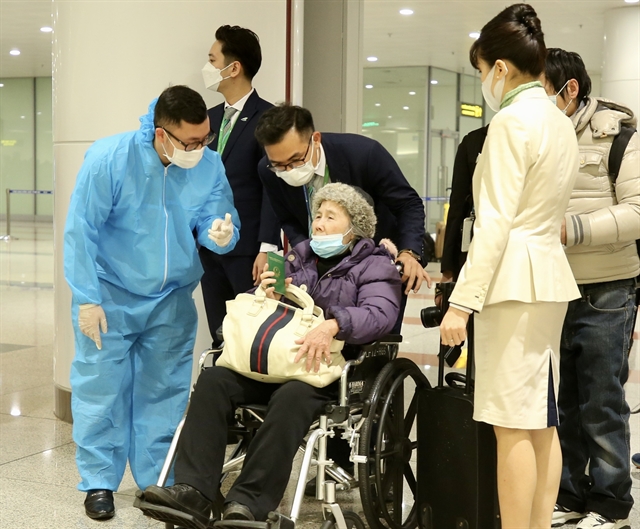 When the conflict broke out, she had just undergone surgery to remove a benign tumour in her brain. She was infected with COVID-19 shortly after and therefore could not evacuate straight away.

Vân’s family was one of the last Vietnamese to leave Kyiv on March 5, when the Russians announced a ceasefire to open humanitarian corridors.

Vân said: “Since my husband died, I had not returned to Việt Nam for six years, and never thought I would go home in this situation.

“I express my gratitude towards my homeland, my people for being so compassionate for us in these times.”

Vân planned to rest for a while to recover after her surgery and the COVID-19 infection. It is uncertain she will ever return to Ukraine, where she built a life for herself in the past 20 years.

Nguyễn Quốc Khánh, another repatriate whose daughter remains abroad to finish her doctorate degree, just hopes that the situation will ease so that his child will be safe.

He said: “Many Vietnamese have lived in Ukraine for years, now they have to abandon everything to go home, it was hard.

“I just hope my daughter can quickly finish her studies, and get back to her normal life.” 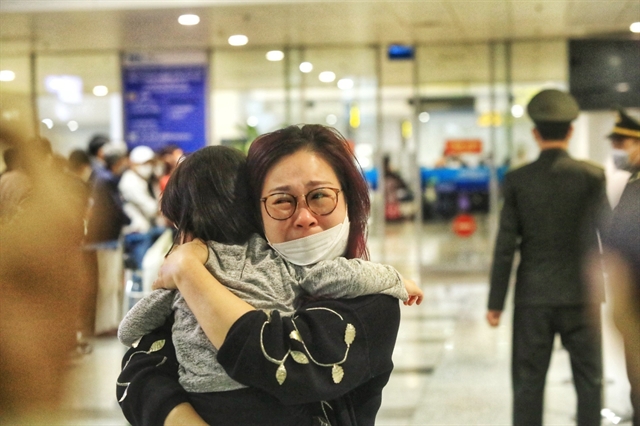 Returning to the country, Trần Thị Luỹ, 65, and her 70-year-old husband, originally from Hải Phòng Province, were tired after an exhausting few days.

Luỹ said she went to Ukraine in 1989, working in Kharkiv.

She and her husband did not imagine they would return to Việt Nam in such circumstances.

She said she was grateful for the help of the Vietnamese community as well as the representative agencies during the evacuation from Ukraine to Poland, with everything from accommodation to food and drink provided.

“We left behind all of our houses and goods, not a single penny left,” Luỹ said.

“Our money and goods were also left at the market, we didn’t even dare to return to take them back. We faced many difficulties travelling from Kharkiv to the Polish border, it took more than one day queuing at the border gate and it snowed all the time, our feet were cramped and tired, we don’t want to ever have to suffer this journey again.”

For now, her children are staying behind. 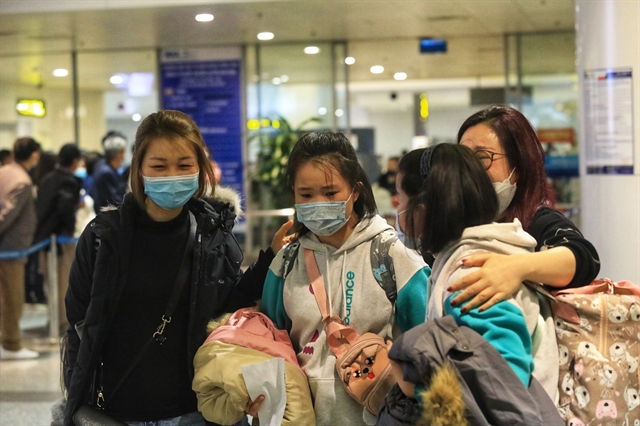 Prior to the flight’s departure, Vietnamese Ambassador to Poland Nguyễn Hùng and representatives of Vietnamese associations in the European nation had come to the airport in Warsaw to see off and assist the passengers to handle boarding procedures.

The first flight, operated by national flag carrier Vietnam Airlines, arrived in Hà Nội at noon on March 8 with 287 passengers on board, who had evacuated to Romania.

Both of the repatriation flights have been arranged and fully funded by the Vietnamese Government.

After these two flights, there remains about 400 Vietnamese people in Romania and 700 in Poland registered to fly to the homeland, the country’s overseas representative bodies said, adding that they are continuing to receive applications for the next flights.

Bamboo Airways, the flight operator, has been closely working with the Ministry of Health to fully observe the COVID-19 prevention and control rules.

Deputy General Director of Bamboo Airways Trương Phương Thành said the carrier is ready to operate more flights to repatriate the Vietnamese people leaving Ukraine at the request of the Government and the Ministry of Foreign Affairs.

Vietnamese people in Ukraine and surrounding countries who need support or want to flee from war areas or return to Việt Nam can contact and place their registrations through the Ministry of Foreign Affairs or Vietnamese representative agencies through the following phone numbers: