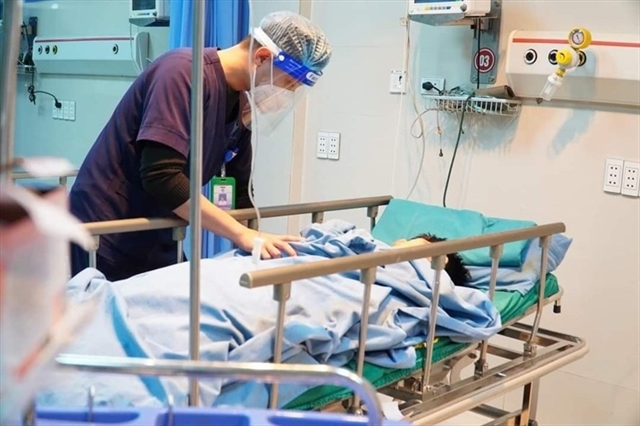 A victim of a traffic accident during Tết is treated at a hospital. —Photo laodong.vn

HÀ NỘI — A total of 216 traffic accidents nationwide saw 121 people killed and 138 injured during the Lunar New Year holiday from January 29 to February 6, according to the Traffic Police Department.

Compared to the same period last year, the number of accidents, fatalities and injured went down 7.3 per cent, 10.4 per cent and 17.4 per cent, respectively.

Among them, 214 road accidents left 120 dead and 137 injured while two railway accidents killed one and injured another.

Over 1,600 drivers were found to exceed the legal limit for “drunk driving,” or 6.6 per cent of the total violations.